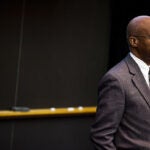 One of the biggest questions confronting the field of stem cell science is whether iPS cells — stem cells created by reprogramming adult cells — are the equal of the field’s gold standard, human embryonic stem cells (hESCs).

Now, a team of Harvard Stem Cell Institute (HSCI) researchers, in collaboration with scientists at Columbia University Medical Center, have demonstrated that many iPS cells are, in fact, the equal of hESCs in creating human motor neurons, the cells destroyed in a number of neurological diseases, including Parkinson’s. Another HSCI group, working with the Broad Institute of Harvard and MIT, has produced a simple, quick method for testing the equivalency of iPS cell lines with human embryonic stem cells.

The latter group, led by Professor Alex Meissner of HSCI, Harvard’s Department of Stem Cell and Regenerative Biology (SCRB), and the Broad, conducted a genomic analysis of 20 commonly used hES cell lines — 17 from Harvard and three from the University of Wisconsin — and created “epigenetic and transcriptional reference maps” for them.

The study, which was published by the journal Cell, then compared a dozen iPS cell lines, derived by the team of Professor Kevin Eggan at HSCI and SCRB, with the 20 hESC lines, and found that the 12 iPS cell lines showed a pattern of variation similar to that of the reference embryonic stem (ES) cells.

“The reference maps provided us the necessary understanding of the range of variation that is found between pluripotent cells,” Meissner said. “This means that when someone now creates an iPS line, they can compare it to what the map shows and see if it falls within the expected range, and, if it doesn’t, where it doesn’t.”

Doug Melton, co-director of HSCI and co-chair of SCRB, said the two “papers represent further advances in studies on ES and iPS cells, showing how careful and thorough characterization of cell lines enables one to effectively use these stem cells for studies on human development and disease.  The advance here is to use a detailed molecular characterization (transcription analysis and DNA methylation patterns) to find a signature, or scorecard, for cell lines. It is impressive to see two labs collaborate so effectively to take on such large and important projects.”

The 12 iPS cell lines used by Meissner were part of a set of 16 created by Eggan’s team and his collaborators at Columbia. In a study published in Nature Biotechnology, the Eggan group reported that “all 16 lines were turned into motor neurons and were usable. Some needed more ‘coaxing’ than others,” Eggan said, “ but the main message is that, on average, iPS cell lines behaved as well as human embryonic stem cell lines.”

Meissner said Harvard has applied for a patent on the new cell characterization method. “When you generate iPS cell lines, you have to put them through assays to make sure they are pluripotent,” which means they can develop into any cell type in the body. “The current test in humans generally involves generating a teratoma, a germ cell tumor, and that can take two months. This new test is a much more accurate predictor of pluripotency, and is easy to scale up to test millions of cell lines quickly,” Meissner said.