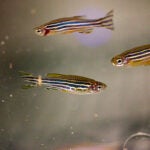 Guinea worm disease may be second eliminated after smallpox

Health officials are poised to eradicate guinea worm disease, a plague that once afflicted millions and which would be just the second human disease wiped from the face of the earth, Donald Hopkins, vice president of health programs for The Carter Center, said Tuesday (Feb. 1).

As recently as 1986, guinea worm disease affected 3.5 million people annually in 20 nations. After decades of effort, last year there were just 1,800 cases in four nations, the vast majority in Sudan.

“We should be able to stop transmission of the disease by 2012 or soon thereafter,” Hopkins said. “To that prospect, I say good riddance.”

Little known in the developed world, guinea worm disease is caused by drinking water containing a small crustacean infected by the worm larvae. Once inside a human host, the worm reproduces and grows. About a year after infection, female worms burrow under the skin and emerge from a painful blister, usually in the lower extremities.

The resulting burning pain, which earned the parasite the moniker the “fiery serpent,” causes those afflicted to immerse the blister in water, whereupon the female releases many larvae, repeating the cycle. Removing the worm, which can reach a meter in length, is a painful process that can take weeks, coiling the parasite around a stick until it fully emerges.

Hopkins described progress against the disease during the Yerby Diversity Lecture in Public Health at the Harvard School of Public Health (HSPH). He was introduced by HSPH Dean Julio Frenk.

The Carter Center has played a leading role in fighting the affliction, supporting national eradication programs and spearheading the international campaign. Hopkins said the surge in funding from major donors such as the Bill & Melinda Gates Foundation has also been critical. One remarkable facet of the effort, Hopkins said, is that it has been accomplished with no vaccine and no effective treatment for the disease. (Those infected develop no natural immunities, meaning they can be infected again and again.)

Instead, interventions included reaching out to communities afflicted by it, discussing how to ensure that drinking water is clean, and emphasizing the importance of keeping infected people out of the water. The effort exploded the myth that poor people won’t play an active role in improving their own health, Hopkins said. The progress made would have been impossible without the cooperation of those afflicted.

Effectively utilizing key statistics was important in mobilizing decision makers in countries where guinea worm was still found. And, once progress was made in one place in eradicating the disease, other people wanted the same relief.

“People will put up with a lot, until they see their neighbors are suffering no longer,” Hopkins said. “Then they will demand action.”

Because the worm’s life cycle is dependent on a human host, there should be no natural reservoir for the parasite once it is eliminated in humans, and it should join smallpox  —the last natural case of which was in 1977 — in the history books.

Eradicating the disease will bring many benefits, Hopkins said, not least of which will be releasing resources to other health priorities. Agricultural productivity is likely to increase, since farmers free from the disease will be able to tend their fields. In addition, the lessons learned and the infrastructure created can inform and support future health efforts.

Hopkins said many resources are still needed to battle other tropical diseases. A major international effort is already focused on malaria, and Hopkins said lymphatic filariasis, which causes elephantiasis, and measles are likely candidates for the next extermination campaign.

“I am gratified but not satisfied. We can and should do more for our own sake and for that of others,” Hopkins said.