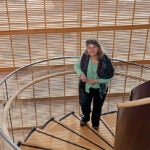 To catch a killer

The overthrow of autocratic Egyptian President Hosni Mubarak earlier this month after weeks of youth-led and Facebook-fueled protests may have been the most high-profile example of technology-backed people power. But it will likely not be the last, according to Joseph Nye, a University Distinguished Service Professor at Harvard Kennedy School (HKS).

“It’s not that governments aren’t the most important actors on the stage of world politics,” Nye said between stops on a book tour for “The Future of Power.” “It’s that the stage is now much more crowded.”

What the United States and other powerful nations are facing, Nye contends, is an unprecedented shift in power, both away from the traditionally dominant West to the East, and away from states to nonstate actors — everyone from hackers and terrorists to billionaire philanthropists to the whistleblowers of WikiLeaks. To manage these trends, Nye argues in his new book, America will have to get smart about wielding power.

The rise of China and India isn’t a new phenomenon, but it does pose a challenge to American self-confidence. China is far from surpassing the United States in terms of military might, international reputation, or even economic power, Nye said. Whereas Germany’s economic output exceeded Britain’s by 1900, spurring the fear and hubris that led to World War I, China will not pass America in per capita income “until well into this century.”

“People are back to believing in [American] decline again,” Nye said. “But we have time to manage this transition from West to East so that it doesn’t turn into conflict.”

The real unprecedented test to U.S. — and other nations’ — foreign policy will be managing the chaotic realm of nongovernmental actors in the information age, he believes. Although the web is still in its adolescence, the United States has quickly come to rely on cybertechnology in a way that leaves it vulnerable to attacks, from breaches of government databases to acts of digital terrorism that could disable the electrical grid of a major city.

“We’re the leading nation in terms of [technological] capabilities, but we’re also the leading nation in terms of vulnerabilities,” said Nye, who recently moderated the first panel on the topic at the international Munich Security Conference. “We have to begin to understand things like cyberpower and cybersecurity and how you develop rules of the road for an area we don’t fully understand.”

But technology also presents an opportunity to spread American ideas more quickly and powerfully than before. In Egypt and Tunisia, Nye argued, Internet communication has provided American policymakers with a way of gauging support for democracy on the ground.

“The people in these countries have more access to power than at any time before,” Nye said. “We used to say you had no choice but to support the autocrats or wind up with Islamic extremists, but this explosion of information has filled in a middle” in terms of public opinion.

To manage potentially explosive political transitions in those countries, he said, the United States needs “both a narrative and economic and military assets,” or, in his words, “a smart-power strategy.”

Nye has a knack for coining phrases that take on a life of their own. In 1990, his concept of “soft power”— a nation’s ability to influence outsiders with persuasion and attraction, rather than brute military or economic force — quickly entered the vernacular of American pundits and scholars. Even America’s competitors have adopted soft power; Chinese President Hu Jintao called for its use in 2007, a year before China’s successful hosting of the 2008 Olympics.

“Smart power,” a term Nye invented in 2004 to describe the strategy of balancing the use of hard and soft power, had to wait a bit longer for its moment in the sun. Hillary Clinton invoked the term repeatedly in her first speech as secretary of state in 2009, charting the intellectual course for the current administration’s foreign policy strategy.

“You always wonder as an academic when you write something: What impact does it have?” Nye said. And while he has been surprised by his ideas’ cross-cultural currency, he said, “Whether they’ll actually change the way people behave in foreign policy — that’s more important.”

Despite a long, successful career at the Kennedy School, the former HKS dean isn’t convinced his work is finished just yet.

“I’m afraid that when many Americans think of power, they still think of the military,” he said. He wrote “The Future of Power” in part to “try to get Americans to think about power in a more balanced way than we have in the past.”

Americans have long been torn between competing cultural myths, he said. On one hand, they see themselves as the John Wayne of international politics — the cowboy, the gunslinging vigilante. On the other, they’re drawn to be a “shining city upon a hill,” the idea invoked by Puritan colonist leader John Winthrop and embraced by President Ronald Reagan, that the United States is a beacon to the world, leading by example rather than might.

Nye would add another universal comparison to the debate. If the United States wants to wield its considerable influence skillfully and not just as a blunt instrument, then “we have to realize that we can’t be Goliath all the time,” he said. “We’ve got to be more like David.”