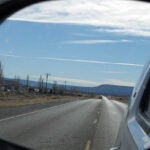 Shock amid the service

The unrest started in Tunisia, when one desperate man’s act of self-immolation in December spawned massive protests and the ouster of the country’s authoritarian president, Zine el-Abidine Ben Ali. It quickly spread to Egypt, where two weeks ago protesters began flooding the streets of Cairo and Alexandria to demand President Hosni Mubarak step down. And it has caught on in Syria, Jordan, and Yemen.

The protests that have rocked the Arab world in recent weeks have left many observers wondering if the region’s citizens will achieve self-government after decades of dictatorial rule. As Egyptians continued to occupy Tahrir Square Thursday night (Feb. 3), several Harvard experts offered their views on the wave of pro-democratic demonstrations in an event at the John F. Kennedy Jr. Forum at the Institute of Politics.

“There’s a pan-Arab narrative of reform being written in these events,” said R. Nicholas Burns, Sultan of Oman Professor of the Practice of International Relations at Harvard Kennedy School (HKS) and moderator of “Tunisia, Egypt, and Lebanon: Changing Arab Politics?” sponsored by the Middle East Initiative at the Belfer Center for Science and International Affairs and the Outreach Center at the Center for Middle Eastern Studies. Burns led a discussion that analyzed both the political situation on the ground and the long-term prospects for democratic reform in the Middle East.

The unrest in Egypt mirrors recent events in Tunisia, said Malika Zeghal, Prince Alwaleed Bin Talal Professor in Contemporary Islamic Thought and Life in the Faculty of Arts and Sciences (FAS). In both countries, a growing population of young people has chafed at a lack of opportunity caused by high unemployment rates and stifling dictatorial regimes.

But both movements, Zeghal stressed, are more than “cyclical bread riots”: They represent a deep-seated desire for cultural and political change.

“This is quite an extraordinary moment for the history of the modern Middle East,” she said. “It has shown to others in the region that it can be done.”

It helps to view events in Tunisia and Egypt in the context of the region’s politics since the 1960s, said Roger Owen, A.J. Meyer Professor of Middle East History in FAS. Owen, who is working on a book about the Middle East’s “presidents for life,” noted that of the nine Arab republics, seven are ruled by lifelong leaders. Of those, six are over the age of 60.

“One is dealing with a club of increasingly old men,” said Owen, calling their attempts to hold onto power “inefficient” and “overmanaged.”

Rami Khouri, director of the Issam Fares Institute for Public Policy and International Affairs at the American University of Beirut and a senior fellow of the Belfer Center’s Dubai Initiative, agreed.

“What’s going on now is absolutely no surprise,” Khouri said. “There was massive discontent below the surface.” He cited a recent Gallup poll finding that 30 percent of young Arabs wanted to emigrate, both to pursue better economic opportunities and to escape oppressive governments.

Egypt now faces tough decisions about when to force Mubarak’s exit, and whether the country should work within its existing constitution to enact democratic reforms or begin negotiations for a new government entirely, said Tarek Masoud, an assistant professor of public policy at HKS.

If Mubarak steps down too soon, Masoud said, Egyptian protests could dissipate, leaving a power vacuum to be filled by opposition leaders “who have no formal mandate and no longer have the force of the crowds behind them.”

“Whatever the end game is of this particular scenario, I think the Egyptian people are going to be much more formidable than they were previously,” Masoud said. “But the worry is that you could take them for a very long ride.”

Panelists said American fears of a Muslim Brotherhood takeover of Parliament — and a resulting wave of Islamic reforms — are unfounded.

In truth, Egypt’s Islamists are “like George Wallace in the South,” Khouri said, referring to the American presidential candidate who militantly opposed civil rights. “They’ll always get 15, 20 percent” of the popular vote, but pose no real threat, he said.

While it’s too early to back a replacement regime in Egypt, the panelists agreed, American leaders shouldn’t be afraid to support the Egyptian people in their fight for democracy.

The speakers set out to counter some popular narratives that have dominated coverage of the Egyptian protests. In particular, they worried that both the Egyptian people and Western observers see the Egyptian military, which has thus far refused to fire on crowds of demonstrators, as a potential savior.

“Protesters greeted the Army as a national institution that was going to restore order,” Masoud said. But that “yearning for order” could result in a military takeover of government that would produce very little real reform, he cautioned.

Another myth? That social media (specifically Facebook, where young Egyptians first called for a day of protest, and Twitter) are behind the unrest. Masoud likened such websites to shoes: One wouldn’t attend a protest without them, but no one would say they caused the protest in the first place.

“There’s been a vast exaggeration of the importance of social media,” Khouri said. “The media helps this process, but it starts with the courage of individuals.”