Eyes on the stage 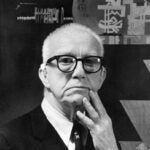 Series connects students with leaders in the arts

Paige Martin began her theatrical career at the age of 5. Since then, the Harvard College senior has performed in more than 35 musicals, including three professional productions and 16 leading roles. When she heard that Victoria Clark was to give a master class on campus last October as part of Harvard’s Learning From Performers series, Martin jumped at the chance to work with the Tony Award-winning actor/vocalist.

“I was the first to perform for Ms. Clark,” Martin remembers. “She stopped me about three-quarters of the way through my song and had me start over, but this time I had to jump rope while singing. The idea was that by doing physical exercise, I would get to engage more with my breath support, something that I need to work on. In only 20 minutes, she used different exercises to help us make changes in our performance. It was really incredible.”

Incredible experiences are the stock-in-trade of Learning From Performers (LFP). The program began in 1975 “to facilitate direct engagement between Harvard students and gifted artists.” Today, LFP hosts 15 to 20 performers each year who lead master classes and other educational forums in music, dance, theater, and other arts. Program manager Tom Lee says that the presence of professional artists on campus connects Harvard’s curriculum to the world of creative expression.

“The University has made strides in hiring practicing artists as faculty, but we still need to bring more of those people to campus to mentor students and to help them flex their creative muscles,” he says. “The performers create a spark of learning that’s unique to this program and different from what happens in academic classes.”

Sparks flew last winter when Bridget Haile ’11, an aspiring opera singer, participated in a master class with famed soprano Renée Fleming. Haile impressed both Fleming and the audience in Paine Hall with her rendition of “Trees on the Mountains,” an aria from Carlisle Floyd’s opera “Susannah.” She says Fleming has been an inspiration to her ever since childhood, when she first heard Fleming on a recording of Mozart’s “The Magic Flute.”

“Great performers are not always great teachers,” she says, “but Ms. Fleming gave me detailed technical advice to improve my singing. We worked on jaw tension, which has been an issue for me in the past, and she shared a few helpful practice techniques with me. She was very generous with her compliments. I’ll never forget that afternoon.”

Although Haile and many other undergraduates are gifted performers, Lee says that they might balk at a career in the arts, especially with the country mired in recession. That’s why LFP puts students in touch with artists who support themselves financially through their work.

“It’s an eye-opener to meet someone who’s making a living from working in the arts,” Lee says. “We collaborate with the Office of Career Services to bring in artists for sessions on careers and career building — from resumes to auditions to agents. Life after Harvard doesn’t have to be all about investment banking, medicine, and law.”

Elizabeth Mak ’12 says that she wants to work in theatrical design when she graduates from Harvard, but didn’t think that the career path was open to her until a recent workshop with Tony Award-winning set designer — and College alumnus — Derek McLane ’80.

“I was really excited when Tom approached me to join the master class with Mr. McLane,” she says. “I was unaware that Harvard graduates could be designers on Broadway. I really wanted to get his input on how to break into the industry and talk to him about my own work.”

This year, LFP has welcomed its usual eclectic mix of artists — from writers/directors Bobby and Peter Farrelly to heralded jazz bassist Cecil McBee. Lee says that the lineup depends a lot on circumstance and luck. Artists often find themselves in town and unexpectedly available for an afternoon, due to a cancelled appointment or a last-minute scheduling change.

In January, Roland Tec ’88, director of the acclaimed film “All the Rage,” will lead a storytelling workshop exclusively for Harvard undergraduates. Also on tap in the months to come are orchestra conductor Hugh Wolff ’75; violinist Aaron Dworkin, founder and president of the Sphinx Organization, dedicated to supporting cultural diversity in classical music; choral conductor Maria Guinand, acclaimed for her performances with the Simón Bolivar Symphony Orchestra in her native Venezuela; poet and visual artist John Ashbery ’49; legendary musical theater composer/lyricist Sheldon Harnick (“Fiddler on the Roof”); and photographer Susan Meiselas, Ed.M. ’71.

While the series’ target audience is students of the College, most events are open to Harvard faculty and staff, and also to the public. The Office for the Arts almost never charges for the sessions or requires tickets.

“There might be occasions where it’s not appropriate for a big crowd,” Lee says. “The workshop with Derek McLane, the Tony Award-winning set designer, was an example of that. Students had to work with him in a very intense way. But for most of our events, the public is encouraged to come. We want people to know that there’s a lot of art making going on at Harvard.”