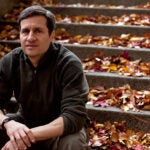 Keeping HIV out of the cradle

A novel type of biomedical imaging, made possible by new advances in microscopy from scientists at Harvard University, is so fast and sensitive it can capture “video” of blood cells squeezing through capillaries.

The new technique, based on stimulated Raman scattering (SRS), makes a complementary partner to MRI, widely used to capture static images of organs and tumors. For the first time, SRS microscopy makes possible label-free chemical movies, with streaming footage at the subcellular level, catching video of proteins, lipids, and water within cells.

“When we started this project 11 years ago, we never imagined we’d have an amazing result like this,” says Xie, professor of chemistry and chemical biology at Harvard. “It took MRI more than 30 years to reach patients, but we’re already looking forward with great anticipation to applications of SRS microscopy in hospitals. It’s now clear that stimulated Raman scattering will play an important role in the future of biological imaging and medical diagnostics.”

Xie says SRS microscopy could aid, and speed, surgery to remove tumors and other lesions. Surgeons must now send excised samples for histological analysis — a process that takes about 20 minutes — while a patient waits on the operating table. SRS microscopy provides equivalent insights through real-time scanning.

Xie’s team has already used SRS microscopy to track migration of medications in skin, shedding new light on the absorption of topical drugs. In conjunction with endoscopy, the technique can also view three-dimensional sections of tissue, layer by layer.

“Previous SRS microscopy captured only about one image per minute, far too slow for use in live animals or humans,” Xie says. “We were able to speed the collection of data by more than three orders of magnitude, attaining video-rate imaging.”

Because SRS microscopy works by detecting the intrinsic vibrations in chemical bonds between atoms, it doesn’t require intrusive fluorescent labeling. An optical technique, it complements MRI, whose depth of penetration is better suited to imaging organs and other large objects deep within the body.

The current work greatly improves detection of signals — backscattered by tissues in the body — by rearranging photodetectors to surround a small aperture through which a beam of light is directed at the tissue being examined. Using this approach, the scientists were able to collect and analyze almost 30 percent of the laser light directed at a biological sample, a more than 30-fold increase over previous SRS microscopy.

Saar, Freudiger, and Xie’s co-authors are Gary R. Holtom of Harvard’s Department of Chemistry and Chemical Biology, and Jay Reichman and C. Michael Stanley of Chroma Technology in Bellows Falls, Vt. The work was funded by Boehringer Ingelheim Fonds, the Bill and Melinda Gates Foundation, and the National Institutes of Health.