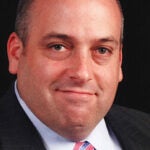 President Drew Faust has announced the names of the first 10 individuals who will serve on the new Harvard Library Board. Composed of faculty members and administrators from across the University, the board will oversee the transition of the University’s vast library system to a coordinated management structure.

“The creation of the Harvard Library Board is an integral step in positioning the Harvard Library for 21st century excellence,” Faust said. “These individuals will provide critical input into the design of the new management structure to ensure that it is closely aligned with the University’s scholarly mission.”

Last week, acting on the recommendation of a working group that had spent more than a year studying the libraries, Provost Steven E. Hyman announced that the University would shift to a system that provides a harmonized approach to the global strategic, administrative, and business processes of the libraries.

“At a time when scholars regularly cross disciplinary boundaries and rely on increasingly diverse media, it is critical that we develop a nimble infrastructure to respond to the changing expectations of our students and faculty,” Hyman said. “The new Harvard Library structure will allow us to greatly improve delivery of service to patrons by allowing the University to reallocate resources and ultimately invest more in collections, improve access, and enhance digital infrastructure.”

The board will be composed of six permanent members and five rotating members who serve three years each, with their initial terms staggered. The permanent members will be the provost, the Carl H. Pforzheimer University Professor, and the deans or designees from the following schools: the Faculty of Arts and Sciences (FAS), Harvard Law School (HLS), Harvard Business School (HBS), and Harvard Medical School (HMS).

The board is charged with reviewing the strategic plans of the Harvard Library and assessing its progress in meeting those plans, reviewing system-wide policies and standards, establishing and making changes to the funding model for the Harvard Library, reviewing and adopting budgets, and exercising oversight of the work undertaken by the Harvard Library executive director, whose appointment will be one of the board’s first orders of business.