The rise of chronic disease 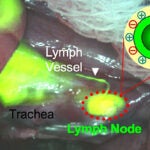 As developing nations mature, some illnesses thrive too

A three-pronged health challenge is putting the squeeze on already-scarce resources in the developing world, with heart disease, diabetes, and other chronic ailments growing. At the same time, the threat from infectious diseases and neglected tropical diseases demands new attention, the head of the Institute of Medicine said Monday (Nov. 8).

Institute President Harvey Fineberg, former provost at Harvard and former dean of the Harvard School of Public Health (HSPH), returned to the School to highlight the growing problem of chronic disease in developing nations. Chronic diseases have often been viewed as a problem of industrialized nations, while infectious diseases — largely conquered in the developed world — are considered the primary health concern in developing countries.

In reality, Fineberg said, chronic diseases have always been present in developing nations, but the public’s attention has focused on the threat from infectious diseases such as AIDS. While infectious diseases remain a problem, that doesn’t diminish the concern over chronic diseases, Fineberg said. Further straining scarce health care resources is the new push to reduce the burden of ailments referred to as neglected tropical diseases, mainly parasitic ones such as Chagas disease, which are unfamiliar to people in industrialized nations but which affect as many as a billion people.

Fineberg delivered his talk, “The Underappreciated Burden: Chronic Illness in the Developing World,” in conjunction with a reception to highlight a new effort to study chronic disease in Africa. Called the Africa/Harvard School of Public Health Partnership for Cohort Research and Training, or PaCT, the project seeks to begin large cohort studies of 500,000 participants in four African nations — Nigeria, Uganda, Tanzania, and South Africa — to better understand disease there.

Fineberg spoke of the discipline of global health as it has shifted in recent years to encompass the health of all nations regardless of how developed they are. That is a change, he said, from when public health was viewed either as domestic health or international health — largely infectious diseases in resource-poor settings.

In recent years, however, the concept of global health has gained support. This is important, he said, because diseases cross national boundaries with ease now.

The incidence of heart disease peaked in the United States in the 1960s and has been on the decline since, but its incidence has continued to rise in poorer nations. In some African countries hit hard by AIDS, it is the second-leading cause of death, Fineberg said.

“Heart disease is an incredibly severe burden in poor countries of the world,” Fineberg said. “Just because a country has a bigger burden of infectious disease, that doesn’t mean they have a lesser burden of chronic disease.”

The problem of chronic diseases appears ready to worsen, Fineberg said, with tobacco use spreading and Western diets heavy in fat and meat growing more popular as incomes rise. That not only will cause an increase in cancer deaths, it is creating an unlikely paradox, where both obesity and starvation remain critical problems around the world.

One neglected area of chronic diseases is mental health conditions, which are not only widespread, but also stigmatized, Fineberg said.

All together, these conditions are increasing in nations that have the fewest resources to deal with them. That places a growing burden on individuals and families to care for loved ones afflicted with chronic diseases, Fineberg said.

“It is this added burden on those least well equipped to deal with it that I want to emphasize.”