Early marijuana use a bigger problem 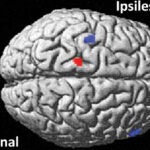 Researchers at Harvard-affiliated McLean Hospital have shown that those who start using marijuana at a young age are more impaired on tests of cognitive function than those who start smoking at a later age.

The study results will be presented on Monday (Nov. 15) at the annual meeting of the Society for Neuroscience in San Diego. Staci A. Gruber reported that subjects who started using marijuana before age 16 made twice as many mistakes on tests of executive function, which includes planning, flexibility, abstract thinking, and inhibiting inappropriate responses, as those who began smoking after age 16.

“They performed significantly worse,” said Gruber, director of the Cognitive and Clinical Neuroimaging Core at McLean and assistant professor of psychology at Harvard Medical School (HMS).

The early-onset users also smoked three times as much marijuana per week and twice as often compared with the later-onset users, she noted.

“Our data suggest that the earlier you begin smoking, the more marijuana you smoke and the more frequently you smoke,” she said. “That’s an important finding.”

Gruber said the findings are particularly critical today when legalization of marijuana is being considered in a number of states.

“We have to be clear about getting the message out that marijuana isn’t really a benign substance,” she said. “It has a direct effect on executive function. The earlier you begin using it, and the more you use of it, the more significant that effect.”

The study included 33 chronic marijuana smokers and 26 control subjects who did not smoke marijuana. They were given a battery of neurocognitive tests assessing executive function, including the Wisconsin Card Sorting Test, which involves sorting different cards based on a set of rules given. During the test, the rules are changed without warning and subjects must adjust their responses to the new rules.

The findings showed habitual marijuana users made repeated errors even when told that they were wrong. Users also had more trouble maintaining a set of rules, suggesting an inability to maintain focus. Early-onset users and those who used the most marijuana had the most trouble with the test, making more than twice as many errors and fewer correct responses than later-onset smokers.

The researchers, who included Mary Kathryn Dahlgren, Kelly A. Sagar and Megan T. Racine, all of McLean Hospital’s Brain Imaging Center, also performed functional MRI (fMRI) scans on the subjects while they completed tests of cognitive control and inhibition.

“Our results provide further evidence that marijuana use has a direct effect on executive function and that both age of onset and magnitude of marijuana use can significantly influence cognitive processing,” said Gruber.

“Given the prevalence of marijuana use in the United States, these findings underscore the importance of establishing effective strategies to decrease marijuana use, especially in younger populations,” she said. “These findings are critical, as adolescence is a time of important brain development, and the adolescent brain is likely more vulnerable to the effects of drugs than the adult brain.”

McLean Hospital is the largest psychiatric clinical care, teaching, and research facility of Harvard Medical School, an affiliate of Massachusetts General Hospital, and a member of Partners HealthCare. For more information about McLean Hospital, visit its website.