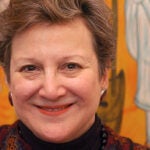 The 2011 Stockholm Prize in Criminology has been jointly awarded to John Laub of the National Institute of Justice and Harvard’s Henry Ford II Professor of the Social Sciences Robert Sampson for their research showing why and how criminals stop offending.

The authors of the longest life-course study of criminal behavior ever conducted, Laub and Sampson discovered that even very active criminals can stop committing crimes for good after key turning points in their lives. In their sample of 500 male offenders born in the 1920s, these turning points included marriage, military service, employment, and other ways of cutting off their social ties to their offending peer group.

These findings, reported in their books “Crime in the Making: Pathways and Turning Points Through Life” and “Shared Beginnings, Divergent Lives: Delinquent Boys to Age 70,” as well as in numerous articles, have had broad influence in criminology worldwide. They have also influenced the policy debate about criminal justice and sentencing policy, especially concerning the potential for rehabilitation. Their work has influenced other scholars to search for means by which offenders can be assisted to break their links to other offenders, such as by moving to new communities.

Laub and Sampson will receive the prize on June 14 in a ceremony at Stockholm City Hall. The award is presented in conjunction with the Stockholm Criminology Symposium.