The first draft of history 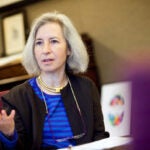 As a doctoral student, there are few things more invigorating than being able to escape your pile of books, shake off the abstract theorizing, and venture into the real world. Which is why, when I found out I had secured a research internship in Kenya last summer, I was ecstatic. Having survived my first year of coursework, I was eager to dive into something different — something that would allow me to engage the world I had been reading about in a tangible way.

Thanks to a grant from the Harvard Committee on African Studies, this is exactly the experience I had.

My principle role in Kenya over the summer was to help create a public history exhibit, centered around the themes of resistance and nationalism during the colonial era. The exhibit is set to open next summer at the National Museum in Nairobi, then travel to museums throughout the country, and finally return to Nairobi to be installed as part of the museum’s permanent history wing.

For the two months I lived in Nairobi, there was a seemingly bottomless to-do list, in large part because the project was just getting off the ground. In collaboration with my Kenyan colleagues, it was our first responsibility to develop a research framework for collecting materials (photographs, documents, objects) and construct an organizational system for storing them. Given the multimedia aspirations for the exhibit, we also needed to conduct video interviews, both with high-level political figures from the pre-independence period, and with ordinary Kenyans who had witnessed and participated in historical events during British colonial rule.

We had our work cut out for us — and still do. But we managed to make considerable strides in a short period. Sifting through materials at places like the Kenya National Archives, the Presbyterian Church of East Africa, and the Catholic Consolata, and working closely with our counterparts at the National Museum, we identified almost 3,000 photographs that might be of use for the exhibit. We also organized a major workshop with Kenyan academics as part of our continued efforts to crystallize the exhibit’s intellectual content.

As a result of my internship, I had the opportunity to travel across the country, to collaborate with wonderful people, and to grow immensely as a scholar. One of the most rewarding aspects, however, was knowing how much potential this project has to reach and impact a wide audience. Thanks to the encouragement of my adviser, Caroline Elkins, I feel more strongly than ever that bringing history to life and making it matter to the people whose experiences it portrays is one of the most important and worthwhile goals to have as an academic.

Working in Kenya, I was continually amazed by the civic culture on display around me. Kenyan people seem to care so deeply about history, and its influence on the country’s future. Because of the divisiveness of the present political climate, however, it feels good to know that one of our exhibit’s primary objectives is to create a unifying narrative that all Kenyans — regardless of ethnicity, race, class, gender — can identify with and claim as their own.

With general exams looming, I know that I will have a lot on my plate this year, but I am already making plans to go back to Kenya in January and, depending on the needs of the project, next summer, too. Meanwhile, I am fortunate to have had the experience that I did in Nairobi, which is sustaining me as I switch gears and return to that ever-expanding pile of books.