The bad news on Afghanistan 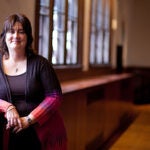 Where men have more than one wife

Reported peace talks between top Afghan officials and the Taliban aren’t actually happening, and are instead part of a disinformation campaign intended to demoralize Taliban field commanders who wonder what their leaders are up to, investigative journalist Seymour Hersh said Thursday (Oct. 21).

Hersh, who spoke at Harvard’s Center for Government and International Studies before a standing-room-only crowd, offered the phantom talks as part of a “gloomy” picture of the Afghan war that has few prospects for the United States exiting cleanly or soon.

“It’s a terrible message to give you,” Hersh said at the end of his riveting, but sometimes rambling, 45-minute talk. “It’s a glum narrative. I just don’t see the plan. … I don’t see how he [Obama] is going to get out of this mess.”

Hersh, a contributor to The New Yorker and one of the nation’s top investigative journalists, came to fame in the late 1960s for his reporting on the Vietnam War’s My Lai Massacre, which won him the Pulitzer Prize in 1970. In the decades since, he’s written about a variety of complicated — and controversial — subjects, including the downing of Korean Air Flight 007 by the Soviet Union, the invasion of Iraq, and prisoner abuses at Abu Ghraib.

Simmons said Hersh’s address was fitting because the Weatherhead Center’s mission is to study and shed light on American foreign policy, something Hersh has been doing for decades. She said part of the nation’s character is that it is open to alternate explanations of official actions, something Hersh has often provided.

In his talk, Hersh expressed disappointment at the Obama administration’s actions so far, saying that President Obama adopted many of the Bush-Cheney administration’s foreign policy priorities and strategies. Obama, he said, has “abdicated,” caving into the wishes of the top generals, most of whom rose through the ranks under the previous administration. He also questioned Obama’s assertion that American troops would withdraw from Afghanistan next year, saying that a clean exit at this point will be difficult.

Hersh drew a negative picture of how government operates, saying that across decades people who disagree with official positions have been marginalized in several administrations. The problem was compounded after the 9/11 attacks, he said, by U.S. journalists’ unwillingness to take a hard look at government actions, amounting to the press failing the American people.

His talk touched on a variety of trouble spots, including Iraq, Iran, Pakistan, and Afghanistan and several difficult topics, including secret prisons — he says they still operate — Iraqi oil, racism in the military, and the disconnect between how Americans are viewed in the world (largely favorably) and how our national policy is viewed (largely unfavorably).

In Afghanistan, Hersh said, the official policy is not to talk with the Taliban, but to kill them. But the wrong people are being killed — mainly moderate Taliban. He scoffed at the idea that peace talks may be under way, saying, there was “not a chance” they were happening. Though the official U.S. policy is to train the Afghan army so it can stand on its own and American troops can leave, dissenting voices that believe there’s little chance of that happening have been marginalized, he said.

“No opposition permitted,’ Hersh said. “There you are. The press should have done it, but certainly after 9/11 we were part of the team. Certainly we failed the American people.”