Peering into the crystal ball 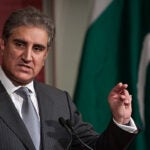 While political pundits labor overtime trying to predict the outcome of the approaching midterm national elections, students at the Harvard Kennedy School (HKS) have taken up the challenge of determining what’s happening among voters.

They are taking a course with two HKS professors with decades of campaign and White House experience between them, David Gergen and Elaine Kamarck.

Kamarck, a lecturer in public policy, came to the Kennedy School in 1997 after a career in politics and government. In the 1980s, she was one of the founders of the New Democrat movement that helped elect Clinton. She served in the White House from 1993 to 1997, and in 2000 became senior policy adviser to Al Gore’s presidential campaign.

In September, the students divided into small groups that were asked to forecast the number of seats that would change hands in the U.S. Senate and the House of Representatives.

“Our group came to the consensus that the Democrats were probably going to lose the House,” said Richmond Blake, a second-year master’s in public policy student who canvassed for Barack Obama during his successful 2008 presidential campaign.

In examining the current political landscape, Blake said he was troubled by the fact that so many of Obama’s signature pieces of legislation attracted so few Republican votes and feared that could lead to their being repealed. “That is something we have talked a lot about in this class,” he said.

Gergen and Kamarck co-teach “Contemporary Issues in American Elections” only during voting years, giving students a chance to deeply explore the unfolding dynamics of party politics in real time.

“We wanted to teach a class not just about the elections that were going on but about American politics at a given point in time,” said Kamarck. The course combines U.S. history with political science and current events. It is solid preparation for students headed into public policy roles, and it fulfills a core HKS mission, said Kamarck, “to create well-educated, effective actors in the world.”

While the bitter partisanship that has characterized much of the current campaign may seem particularly divisive, and many observers wonder if something important has been lost in the Democratic process with such a polarized electorate, Kamarck argues that, essentially, it’s par for the course.

“American elections have always been like this. Anyone who encounters an intense election for the first time thinks, ‘God this is so terrible.’ We had an election in 1860 that resulted in a war — now that is an ugly election.”

During a class on Monday (Oct. 18), Kamarck offered students an intimate look at the creation of the Democratic Party. She explored important realignments in party structure, including the electorate’s movement to the left in 1934 and the Reagan revolution of the 1980s, which heralded a new era of conservatism and a desire for smaller government.

Now, Kamarck asked, did Obama’s win in 2008 signal another major party realignment — a fundamental move to a more liberal mindset — or was something else at play? The consensus was that only time will tell.

David Chalian, political director of PBS NewsHour, was a guest in the audience, invited by Charlie Gibson, a television network broadcaster and a fellow this fall at HKS’s Shorenstein Center for the Press, Politics and Public Policy, who has been sitting in on the class.

Chalian said the Obama camp had likely underestimated how much “anti-Bush, antiwar frustration existed in 2008.”

After class, Gibson said the only part of his former job he missed was covering election nights. This time around, he said, it was fascinating to see the Democrats distance themselves from the major legislation passed during Obama’s first two years, including health care reform, financial reform, and the economic stimulus package.

“This is a very, very conservative-minded electorate at the moment, but I think it’s also anti-incumbent, and I think it’s an angry electorate because there are 27 million people unemployed in this country,” said Gibson. “I think you are going to see an angry public that votes.”

Kamarck argued that the loosely organized, rebellious tea party is simply a faction of voters that fits squarely in the tradition of the small government. Its supporters are angry at the Republican Party, she said, “for abandoning small government under George Bush,” and they don’t like most of the Democratic reforms.

The economy is important in this election cycle, she affirmed. “We are in for a long period of economic adjustment,” said Kamarck. “Either Obama is going to control that, or he is going to be controlled by it.”