In the spirit of an intrepid reporter 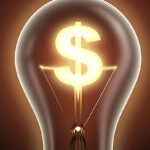 David L. Halberstam died doing what he loved, hunting down a story.

The intrepid author, reporter, and Harvard graduate who won a Pulitzer Prize for his coverage of the Vietnam War, which called into question the American military strategy in the conflict, died in a 2007 car crash.

The author of more than 20 books, including “The Best and the Brightest” and “The Powers That Be,” Halberstam began his love affair with reporting while at Harvard, becoming sports editor and managing editor for the student-run Harvard Crimson. During his lengthy career, he covered a vast range of subjects, including history, politics, the Civil Rights movement, and sports. He was known for an incredible work ethic and a passionate drive to find and report the truth.

“When the government doesn’t tell the truth, the power of journalism goes up,” said Halberstam in a video clip that began a panel discussion about his life and legacy, held at the John F. Kennedy Jr. Forum on Wednesday (Oct. 6).

Three seasoned reporters offered their perspectives on the changing nature of journalism in the age of new media and instant access, their thoughts on the future of investigative journalism, and their own accounts of reporting from the front lines and breaking big stories.

Charles M. Sennott fell in love with the craft while helping his brother, who was a photographer for the Boston Herald. Transporting his brother’s film from the Boston Garden to the paper during Celtics’ games, Sennott knew then he “always wanted to be courtside.”

Later, when Sennott was an investigative reporter for the Boston Globe, he covered the Big Dig and helped to break the financial and management scandal behind Boston’s massive highway project. Sennott, who also was a foreign correspondent and is now executive editor and vice president of the news website GlobalPost, said he knew he had a break in the Big Dig story when, over drinks with some of the project’s engineers, “One of them let slip, ‘There is no way this is going to work.’ ”

Using Halberstam’s words, Sennott said it was the kind of instant “when history catapults you to a moment when journalism matters.”

Aggressive, intelligent journalism is still important, but the path there looks vastly different from the one taken by Halberstam, who graduated from a local paper to The New York Times, said Sennott. He argued that GlobalPost’s model, which relies on a cadre of more than 100 freelance journalists working around the world to provide “international news for a digital age,” is the wave of the future for up-and-coming foreign correspondents.

“It’s going to be a different path for you,” Sennott told the aspiring writers in the crowd, adding, “You are going to have to be your own brand.”

A veteran foreign correspondent who has reported from war-ravaged countries such as Iraq and Afghanistan, panelist Martha Raddatz, now the chief foreign affairs correspondent for ABC News, said the nightly network news still plays a critical role in informing the country. By delivering a daily, comprehensive account of what is happening internationally, minus the endless distractions and “noise” that can be part of the online sphere, network news offers people “what’s important.”

Discussing her own career, Raddatz recalled a seminal moment when, as ABC’s chief White House correspondent, she interviewed Vice President Dick Cheney. Telling Cheney in the spring of 2008 that two-thirds of Americans thought the war in Iraq was not worth fighting, Cheney, she recalled, stared back and said, “So?”

“I could see his staff in the room just go ‘oh no,’ ” said Raddatz, adding, “A lot of moments passed where he could have said, ‘Let’s go back to that, or let me explain further,’ and he didn’t.”

Stephen Engelberg, the managing editor of ProPublica, an independent nonprofit newsroom, envisions a new media world in which people pay for online content. Ultimately, investigative journalism will flourish, he told the audience, because “original unique content is what people want. There is a commercial argument for finding things out, things that nobody else knows.”

Earlier in the day, the city of Cambridge named the corner of Linden, Bow, and Mount Auburn streets as Halberstam Square in honor of the journalist.