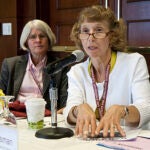 Foreclosure reduces the eventual sale price of a house by an average of 27 percent, compared with the prices paid for similar properties nearby, according to a new study. Those nearby homes, in turn, could see their own prices depressed by 1 percent, if they happen to be within 250 feet of the foreclosed property.

Those are the findings of economists at Harvard University and the Massachusetts Institute of Technology, who scoured records on 1.83 million Massachusetts home sales from 1987 to 2009. Their research, forthcoming in the journal American Economic Review, is the most rigorous and comprehensive analysis to date of the losses sustained on foreclosed properties.

“The losses on foreclosed homes proved to be much larger than we had expected,” said lead author John Y. Campbell, the Morton L. and Carole S. Olshan Professor of Economics at Harvard. “If anything, these results may underestimate losses on foreclosed properties nationwide, since Massachusetts has not experienced a housing boom and bust as pronounced as that seen in many other parts of the country in recent years.”

Campbell and his co-authors, Harvard’s Stefano Giglio and MIT’s Parag Pathak, found that other types of forced sales also reduce home prices, but by smaller amounts. When a house is sold after the death of an owner, they found, the price sinks 5 to 7 percent on average. When an owner declares bankruptcy, the value falls by an average of 3 percent.

The researchers write that death-related discounts may result from poor home maintenance by older sellers, while foreclosure discounts appear rooted in the greater likelihood of deterioration among foreclosed homes, and specifically the threat of vandalism. They note that the percentage loss on foreclosed properties is greater, on average, in less-safe neighborhoods, where risks of damage to vacant homes may be higher.

“Banks know it’s bad to hold an asset that’s susceptible to damage, and want to unload such assets quickly,” Campbell said. “Also, the costs to maintain a house are fixed, but those fixed costs eat up more of the price of a cheap house — making lenders even more eager to dispose of foreclosed cheaper homes.”

Campbell and his colleagues did find that prices of other homes fall by about 1 percent if within roughly 250 feet of a foreclosed property, an effect that fades away for homes 500 or more feet from a foreclosure. What’s more, these “contagion” effects appear to be cumulative, meaning that multiple foreclosed homes in close proximity can depress the value of other nearby properties by several percentage points.

The researchers say their results indicate that public policy should aim to minimize foreclosures, which appear broadly harmful.

“Our work provides evidence of genuine social harm arising from foreclosures,” Campbell said. “Public policy should discourage reliance on foreclosure as a means of protecting lenders. While foreclosure may rescue lenders, it damages the rest of society.”