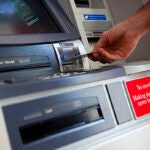 The petri dishes were the bottoms of plastic water bottles, cut off and sterilized over a charcoal cookstove. Filled with agar and inoculated with bacteria from students’ fingers, the classroom experiment tested not only whether liquid hand sanitizer really cuts bacteria levels, but it illustrated that science could be conducted using little money and locally available materials.

After a few days, the results were clear. Samples made from touching unsanitized fingers to the petri dish were ringed in colorful colonies of bacteria, while the dishes touched by sanitized fingers were clear. The bigger message, though, was that scientific inquiry could take place even in resource-poor settings such as the African nation of Liberia.

The demonstration was conducted at the University of Liberia this summer, in a workshop in which teachers became pupils, as a Harvard chemist and graduate students from Harvard and the Massachusetts Institute of Technology (MIT) worked to speed the return of science to the war-torn nation’s classrooms.

Adam Cohen, an assistant professor of chemistry and chemical biology and of physics, Benjamin Rapoport, an M.D.-Ph.D. student in the Harvard-MIT Division of Health Sciences and Technology Program, and Elizabeth Wood, an engineering graduate student at MIT, spent two weeks in June in the Liberian capital, Monrovia, conducting the workshop.

It was the second trip in as many years for Cohen and Rapoport, childhood friends whose high school mentor was a Liberian scientist who inspired them to reach out and help students there.

On their first trip in June 2009, the two toured the nation, still recovering from nearly 15 years of civil war that ended in 2003 and during which classrooms were stripped of valuables, including scientific equipment, cabinets, and anything made of metal.

They also came to understand how the war interrupted regular schooling for a generation of Liberians, interrupting the education pipeline that not only feeds schoolrooms and college classes, but that produces knowledgeable teachers to lead those classes.

“This is a problem of priming the pump,” Cohen said recently in his Mallinckrodt office. “Education is a cycle, and [in Liberia] that cycle has been interrupted.”

The two collaborated with officials from the University of Liberia to put together an intensive training program that combined science basics, classroom teaching, laboratory techniques, and independent research.

Cohen said Liberia’s problems are so overwhelming in so many areas that the two had to figure out how they could have the largest impact. The workshop allowed them to leverage their time, not by taking their techniques directly to the classroom, but by teaching the teachers who could reach many more students than Cohen and Rapoport could.

“We’re not really positioned to effect systemic change,” Cohen said. “One way we can have an impact is to find people who can foster systemic change.”

The years of disruption of the country’s educational system have taken a toll, the two said. Though the workshop was given at a university, only 5 percent of participants understood basic mathematics and science at the level of a U.S. high school senior, making the remedial skills portion of the workshop important. In addition to improving math and science knowledge during the workshop, Cohen, Rapoport, and Wood were able to identify a few people with an entrepreneurial spirit who might become future leaders and resources for future trips.

“You could look at what we’re doing as finding excellence,” Rapoport said.

Cohen and Rapoport said there’s mutual interest in providing more workshops. In fact, officials from another Liberian college, Cuttington University, talked to them about beginning similar workshops there. Ministry of Education officials have asked the visitors to examine the national science curriculum and make recommendations for change. The two said they’ve received dozens of e-mails from people in the United States willing to help.

Wary of the administrative time and energy that a formal organization would require, the two are instead exploring a looser network that would support future efforts, for which they could provide contacts and materials and then get out of the way. To that end, Rapoport said, they have had conversations with local Liberian business leaders, university officials, and others who could provide key support.

“One of the things we learned from our [Liberian] high school teacher is to keep administration, logistics, and talking to a minimum and just do things,” Cohen said.

They found it important to put science into a local context. They said many science teachers there believe science can only be done with expensive equipment, a notion they sought to dispel with experiments with supplies from the local markets: building batteries from limes, copper wire, and metal nails; finding the energy content of a local fuel source — rubber tree chips — using a wood stove, water, and a thermometer; and building scales using rubber bands, water bottles, and other available materials.

Local context extended from the basic science lessons — which covered concepts such as estimating the amount of solar energy available and how to graphically represent family size in local neighborhoods — to the projects that the students selected, including solid waste management in Monrovia, the quality of water sold on the city streets, and soil chemistry in different parts of the city.

“We’re focused on doing science in the absence of high-tech equipment,” Rapoport said. “We say science is a way of thinking. Analyzing data can be done with almost nothing. For many, many things, you can find a way to quantify, analyze, and come to conclusions.”