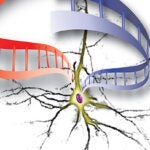 Implementing a program of universal HIV testing and immediate antiretroviral treatment (ART) for infected individuals could have a major impact on the HIV/AIDS epidemic in Washington, DC, but a new study by led by Harvard researchers finds that it would not halt the epidemic, something that a previous report had projected.

In a paper that will appear in the August 15 issue of Clinical Infectious Diseases and has been released online, researchers find that the so-called “test-and-treat” strategy could reduce new HIV infections by 15 percent over the next five years while conferring large survival benefits to HIV-infected patients.

“Test-and-treat will save lives, but it won’t stop the HIV epidemic in its tracks all by itself,” says Rochelle P. Walensky, MD, MPH, an associate professor of medicine at Harvard Medical School (HMS), of the Massachusetts General Hospital (MGH) Division of Infectious Disease, who led the study. “It is only a single new and important page in the HIV-prevention playbook.”

Test-and-treat has been the subject of widespread interest and controversy in the scientific community. In January 2009, WHO scientists published a report in The Lancet suggesting that a voluntary system of annual HIV testing of all adults, followed by immediate provision of ART for those testing positive, “could nearly stop transmission and drive HIV into an elimination phase.”

Inspired by the Lancet report, researchers and public health officials have rushed to design and implement test-and-treat studies and interventions. The National Institute for Allergy and Infectious Diseases (NIAID) recently announced a two-year, $26.4 million partnership with the Washington, DC, Department of Health that includes a pilot study of the test-and-treat strategy. However, some experts have expressed concern that the assumptions underlying the WHO findings painted too optimistic a picture of the likely outcomes.

The current study used epidemiologic data and results from HIV screening programs conducted in the U.S. capital to give a realistic picture of the likely impact of a test-and-treat effort in that city, which has one of the nation’s
largest rates of HIV infection. This contrasts with the WHO study which employed data from sub-Saharan Africa and assumed truly universal screening and treatment with optimal clinical outcomes. “The reality of HIV screening programs, even the best ones, is that many people are never reached for screening, some refuse screening or do not link to care, and many of those who are treated do not maintain viral suppression,” notes Kenneth A. Freedberg, MD, MSc, an HMS associate professor of medicine in the MGH Department of Medicine, the report’s senior author.

The study finds that a test-and-treat program in Washington, DC, could extend life expectancy of HIV-infected patients – currently projected at about 24 years after diagnosis – another one to two years and could reduce the rate of new infections 15 percent over a five-year period. Survival and prevention impacts would be even greater with improvements in screening, linkage to treatment and retention in care – improvements not yet reflected in the “best cases” reported by any U.S. program. Such optimistic but possibly achievable scenarios could extend survival to 29 years after HIV diagnosis and decrease new infections by as much as 50 percent over five years.

“The benefits of expanded testing to persons with undiagnosed HIV infection are unquestioned,” Walensky says. “Earlier detection and linkage to care saves lives; this alone is a reason for test-and-treat. But pinning all our hopes on the latest ‘magic bullet,’ underestimating the logistical obstacles, and forgetting that prevention requires an integrated package of strategies puts us at risk of falling into a trap we’ve seen before. Our analysis suggests that test-and treat will likely be a very important addition to the treatment and prevention armamentarium, but the expectations for its impact should be realistic.”

The study was supported by grants from the NIAID, the National Institute of Mental Health and the Doris Duke Charitable Foundation.