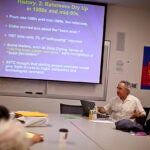 A year in the making, the sweeping new financial reform bill was finally signed into law today (July 21).

But is the Dodd-Frank Wall Street Reform and Consumer Protection Act a boon, a bust — or just a bore?

Some critics say the bill goes too far — that it will drive banking business overseas and stifle financial innovation.

Others say the bill (dubbed “Dud-Frank”) does not go far enough, that the bill opens regulatory loopholes for — among others — community banks, auto dealers, and commercial banks that want to make risky investments.

The controversy may be a function of scale. Dodd-Frank weighs in at around 2,300 pages, and proposes sweeping arcs of reform: a new agency to protect consumers, new government powers to dismantle failing banks, and new layers of oversight and regulation.

“If the goal of the bill is to prevent another crisis or substantially blunt its effects then it is a disappointment,” said Clayton S. Rose, a professor of management practice at Harvard Business School (HBS) and a onetime global investment and equities executive with J.P. Morgan & Co.

Parts of the bill address finance reform in meaningful ways, he said — like significantly enhancing transparency in the derivative markets. But the bill neglects two issues “at the center of the crisis,” said Rose: the idea that some firms are “too big to fail” and short-term funding by financial firms.

These deficits in the bill, he said, will increase — not reduce — risk to the U.S. financial sector. “There was too much focus on proprietary trading and hedge funds, which had limited involvement in the crisis,” said Rose — a misplaced focus that he called “political theater.”

Meanwhile, “the same regulatory agencies and individuals responsible for oversight going into the crisis are responsible now,” said Rose.

“There are lots of good things in the financial reform bill,” countered economist Jeffrey A. Frankel, who is the James W. Harpel Professor of Capital Formation and Growth at the Harvard Kennedy School. He called the legislation “a major breakthrough.”

But there were also disappointments, said Frankel, who served on the Clinton-era Council of Economic Advisers from 1996 to 1999. For one, the bill lacks a tax on banks, coordinated with foreign countries.

Dodd-Frank would also have been better “if some Republicans had joined in to try to make the bill better, instead of fighting every step of the way,” he said.

Then there was the sting of compromise, said Frankel. “Some good aspects had to be watered down to win passage, just like the 2009 fiscal stimulus and the health insurance bill.”

Other parts of Dodd-Frank are worse than disappointing, he said. “That the auto dealers are exempt from the consumer protection agency is an astounding travesty. It shows that big banks aren’t the only ones with lobbying clout.”

Historian and economist David A. Moss, the John G. McLean Professor of Business Administration at HBS, had a basically hopeful view of the Dodd-Frank bill, too, though it was tinged with caution.

“The financial reform bill represents a major step forward,” he said, but nothing is perfect. “Like virtually every product of American democracy, it is a creature of compromise, and therefore will fully satisfy no one, including me.”

Still, Dodd-Frank “authorizes regulators to tighten regulatory standards for the biggest and most systematically dangerous financial institutions,” said Moss, “and to liquidate these institutions in an orderly way if they get into serious trouble.”

If tighter standards had been in place a decade ago, or in the 1990s, he said, “we might have avoided the worst aspects of the recent financial crisis.”

One question remains, said Moss: How will regulators use their new authority? Will they be tough and tighten standards, but then loosen standards as the crisis fades?

“Continued vigilance — both now and over the long term — is absolutely essential to prevent another crisis,” he said. “The financial reform legislation gives regulators the necessary tools, but it will be up to the regulators themselves to use them.”

Dodd-Frank leaves defining the rules up to the regulators, “for hundreds and hundreds of issues,” said Rose. “It will be literally years before we actually understand how the new law will be put into practice.”

Does Dodd-Frank represent what a better financial system would look like?

That question was the subject of a monthlong online debate sponsored by the Harvard Business Review. Throughout June, “Finance: The Way Forward” drew commentary from 19 scholars, executives, writers, and investors.

Among the list of high-level bloggers was Robert C. Pozen, senior lecturer of business administration at Harvard Business School. He is also chairman of a company (MFS Investment Management) that manages more than $200 billion in assets for 5 million investors worldwide.

“The bill takes several steps in the right direction,” said Pozen. It sets up a council for systemic risk, for one, and a clearing corporation that will track derivatives and register hedge fund managers.

But the bill also “reaches some confusing compromises in areas like the Volker Rule and consumer protection,” he said. (The Volcker Rule, endorsed by the White House in January, would prevent commercial banks from engaging in risky trading.)

Dodd-Frank also fails to address certain big problems, said Pozen, including Fannie Mae. (That’s the Federal National Mortgage Association, which was implicated in the subprime mortgage crisis that began in 2007.)

Of all the reform bill’s provisions, the new Consumer Financial Protection Bureau remains one of the most visible. It would oversee small-scale transactions involving ATM fees, checking accounts, credit cards, and mortgages.

The bureau was the brainchild of Elizabeth Warren, the Leo Gottlieb Professor of Law at Harvard Law School. She is on leave while she directs the Congressional Oversight Panel on bank bailout funds.

Warren is one of several Massachusetts connections to the reform bill. For one, it is named after Barney Frank, the Newton, Mass., Democrat who chairs the House Financial Services Committee. (It is also named after Sen. Christopher Dodd, a Connecticut Democrat.)

Another Massachusetts connection: Only three Republican senators voted for Dodd-Frank. One of them was Sen. Scott Brown.