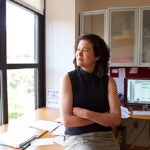 The art of science

A therapy that multiplies the effect of a natural disease-fighting antibody has extended the lives of patients with metastatic melanoma in a large, international clinical trial. The study’s researchers reported their findings simultaneously at the American Society of Clinical Oncology (ASCO) annual meeting in Chicago and in the New England Journal of Medicine over the weekend.

Patients in the phase III clinical study who received the drug ipilimumab — a monoclonal antibody made by duplicating a single type of human antibody thousands of times over — survived for an average of 10 months whether they received the drug alone or in combination with a therapeutic vaccine known as gp100, compared to just over six months for those who received gp100 alone, investigators found. The four-month difference represents a 67 percent increase in survival time between the two groups.  And because it occurred in patients who were otherwise out of treatment options — all of them having metastatic disease that spread even after earlier treatment — the treatment demonstrates the promise of monoclonal antibody treatment for cancer patients not helped by conventional therapies, the study authors say.

First co-author of the paper F. Stephen Hodi, director of the melanoma treatment center at Harvard-affiliated Dana-Farber Cancer Institute and an assistant professor at Harvard Medical School, says the findings are significant on two levels. “It is the first study to show a survival benefit for metastatic melanoma, which is often a fatal disease, and it is proof that this first-in-class treatment is effective in cancer.”

The study, which was presented in a plenary session at ASCO June 6,  was posted on the Internet in advance of print publication by the New England Journal of Medicine.

The number of cases of metastatic melanoma — considered the most serious form of skin cancer — has increased during the past 30 years, and its death rate is rising faster than most other cancers.  Associated with extended periods of exposure to ultraviolet rays in sunlight, the disease is expected to be diagnosed in more than 68,000 Americans and be responsible for 8,700 deaths in this country in 2010, according to the American Cancer Society.  There are no approved therapies for metastatic melanoma beyond standard frontline treatments, and no previous therapy for the disease has been proven effective in a phase III clinical trial.

Ipilimumab, developed by Bristol-Myers Squibb and Medarex, consists of millions of copies of a human antibody that binds to a molecule on T cells — white blood cells that patrol the body for signs of illness. The molecule, known as CTLA-4, serves as a control switch for the immune system’s response to disease.  With no antibody attached, CTLA-4 suppresses the immune response.  Ipilimumab reverses that condition, unleashing the immune attack on abnormal cells, including cancer cells. “It essentially takes a brake off the immune system,” Hodi says.

The new phase III trial involved 676 patients with advanced (stage III or IV), inoperable melanoma that had worsened during prior therapy for metastatic disease.  Patients were randomly assigned to receive one of three treatment regimens:  ipilimumab and the gp100 vaccine (which seeks to spark an immune response by presenting the immune system with a protein fragment associated with cancer), ipilimumab alone, or gp 100 alone.

About 60 percent of the patients treated with ipilimumab experienced adverse side effects to the therapy, as did 32 percent of the patients treated with gp100.  The complications were generally immune system-related and most often affected the skin and gastrointestinal tract. The most common included diarrhea, nausea, constipation, fatigue, decreased appetite, and rash.  While the adverse effects could be severe and long-lasting, most of them were reversible with appropriate treatment, the authors report.

“These findings are very encouraging and will serve as the foundation for future studies,” says Hodi. “The next step is to focus on developing combination therapies to develop synergistic and more robust effects as well as incorporating other antibodies that target the same family of molecules.”

The study was supported by Medarex, Inc. and Bristol-Myers Squibb.