Teaching beyond the tests 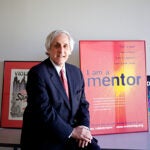 Kevin Jennings held his head in his hands as he listened to a high school principal discussing the Massachusetts Comprehensive Assessment System (MCAS) before a crowd at the Harvard Graduate School of Education (HGSE) on May 12.

“We have to figure out how to beat the MCAS,” said Thabiti Brown, who admitted to balancing important educational values with the high-stakes test at his small charter school in Dorchester, a Boston neighborhood.

Jennings, assistant deputy secretary for the Office of Safe and Drug-Free Schools at the U.S. Department of Education, was incredulous.

Jennings and Brown took part in a frank discussion at Harvard about how to provide a comprehensive and meaningful public education within the framework of federally mandated academic standards established by the Bush administration’s No Child Left Behind (NCLB) Act.

Enacted in 2001, NCLB includes a series of educational reforms that some critics argue places too much emphasis on test scores and standardized measures to evaluate student performance.

Too often a student’s creative, reflective work has no place in the “accountability conversation,” said Steve Seidel, Patricia Bauman and John Landrum Bryant Lecturer on Arts in Education at HGSE, who moderated the event titled, “What Matters and What Counts? Expanding What We Value in Schools.”

The result can be a misalignment between what counts and what matters, offered Seidel, one that is deeply frustrating for educators who often feel that what truly matters “doesn’t seem to count at all.”

Placing important values first, before the test, was a priority, and a strategy that ultimately led to better test scores for his students, said Brown, a recipient of a 2005 Educator Award from the Milken Family Foundation. A former teacher, Brown leads the Codman Academy Charter Public School, a small charter school with a demanding academic culture, a supportive environment, and a track record of success.

He said that no type of exam could accurately measure the value the school places on the in-depth investigation of a topic, meaningful conversations about practice and process, inflection, teaching for social justice, building a community within a school, and helping peers.

The school’s motto is “we are a crew, not passengers,” said Brown. He said the school kept its values intact, creating structures to promote academic success. Longer school days, Saturday classes, tutoring sessions, a talented staff, and an engaging curriculum have all been part of the equation.

Educators and administrators have to be willing to ask themselves if simply teaching for higher test scores is enough, Brown argued. “Our answer,” he said, “is no.”

But developing accurate measures of success can present their own set of obstacles, including technical and resource constraints, said Beth Gamse, a consultant who has conducted several studies for the U.S. Department of Education.

She said that trying to measure what works for a particular school is very different from measuring the effectiveness of a national program. “There are trade-offs,” she said, “in terms of how much depth one can explore when trying to collect data on 150 students versus 30,000 students.”

Fixing it, critics said, could involve a variety of solutions, including funding, a broadening of the curriculum — which lost important arts, history, and civic programming — and more effective assessment tools that involve longitudinal data to help educators more accurately measure achievement.

“What we need to be measuring is progress,” argued the assistant secretary who said the Obama administration will set aside several hundred million dollars for a competition to help states develop new assessment tools, and is also seeking $260 million from Congress to support a new, well-rounded curriculum.

Answers also involve going to the source, argued Jennings, to interview families, staff, and students about their educational concerns.

“I always say there are only two places in America where young people spend all day and have no say over how they are treated, prisons and schools,” said Jennings. “And it’s no coincidence to me that many of the young people in the schools where they are least likely to be asked how they are being treated then end up as adults in prisons.”

The Department of Education’s philosophy is “that we need to fundamentally rethink the whole way we are doing assessments and measuring of schools,” said Jennings. “We have not been asking … some of the most fundamental and important questions.”