It’s all about the numbers 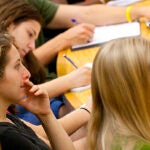 Alexander Ahmed's passion for stats in class and on the field

For Ahmed, Strat-O-Matic combined two early passions: sports play and statistics. Growing up, he studied box scores, and kept stats on every game he played. In high school, Ahmed was a three-sport varsity athlete who excelled in science and math too. At Harvard, there was ample opportunity to put the two worlds together.

On the sports side, Ahmed, an applied mathematics concentrator at Winthrop House, played junior varsity baseball for his first two years. He then masterminded the transformation of the struggling team from junior varsity status to the Harvard Baseball Club, where his batting average (.490) was second on the team this year.

Then there are all those intramural sports. “I try to do as many as I can,” said Ahmed. “It’s what I do for exercise.” Those included soccer, flag football, volleyball, ultimate Frisbee, basketball, softball, crew, swimming, and ice hockey. Of the last, he said, “I learned to skate last year so I could play.”

Ahmed also has explored the mathematical and scientific dimensions that sport offers. His senior thesis — 63 pages of narrative, equations, and appendices — uses a statistical modeling tool called the Markov Chain to estimate “run expectancy” in baseball.

He also belongs to the 20-member Harvard Sports Analysis Collective, where weekly meetings draw in concentrators from fields such as math, statistics, economics, and psychology. “We try to ask interesting questions that any sports fan would ask,” said Ahmed, “then try to answer them with the tools that we have from our studies.”

In his sophomore year, he was one of seven students in the club who wrote a paper for the online Journal of Quantitative Analysis in Sports on “park factors,” the ways to adjust statistics based on the qualities of baseball venues. One example is the “Green Monster,” the famously high wall in Fenway Park’s left field. Ahmed also did a second-year independent study project for the Arizona Diamondbacks on pitching rotations.

Then there are the courses that Ahmed has taken that cross science with sports, such as this semester’s comparative biomechanics. (He wrote his final paper on the biomechanics of throwing.) “They’re difficult classes,” said Ahmed, but they left him with a solid life skill in problem solving.

In April, he was turned down for stats jobs with the Red Sox and the Cleveland Indians. But teaching math is an option too, something Ahmed tried out last year in a summer school program for rising eighth-graders who were struggling in math and science.

Ahmed and undergraduates from the Massachusetts Institute of Technology were paid to bring baseball into lessons in the mornings and coach baseball in the afternoons. One class on projectile motion used hardball throws to calculate velocity. Another, on probability, used major league statistics.

On field trips, the youngsters visited work settings that combined sport and science, including bat-testing engineers at the University of Massachusetts Lowell’s Baseball Research Center. “It was cool for the kids to see that,” said Ahmed. “It showed that if you want to go into engineering, you can partner it with something that you love, like baseball.”

Then there is the Harvard University Band, a social constant for four years. It taught him leadership skills (he managed the band last year), let him play trombone (an instrument he took up in fifth grade), and allowed for a lot of sports viewing (football, hockey, basketball, and more).

“The older alums love the band the most,” said Ahmed. “They sing along with the fight songs.”