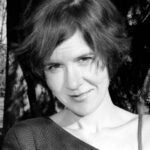 A collection of scholars painted a complex, complicated, and rich picture of the nation’s 16th president during a two-day symposium at Harvard April 24-25.

To honor the 200th anniversary of Lincoln’s birth, the Houghton Library, the Lincoln Forum, and the Lincoln Group of Boston co-sponsored the event, titled “Abraham Lincoln at 200: New Perspectives on His Life and Legacy.”

The bicentennial celebration was complemented by an exhibit at the Houghton Library, on view from Jan. 20 through April 25, with a display of more than 80 articles, including letters, art, and ephemera. The materials are a small part of Harvard College Library’s vast Lincoln holdings, composed of the major Lincoln collections that were donated by Alonzo Rothschild in 1916 and William Whiting Nolan in 1924.

John Stauffer, Harvard’s chair of the the History of American Civilization doctoral program, and professor of English and African and African American studies, opened the symposium with an examination of Lincoln’s relationship with famed abolitionist Frederick Douglass. The distinguished pair’s three meetings at the White House, noted Stauffer, represented “a rich symbol of democracy in a multiracial nation,” adding that while they didn’t share the same politics, they were “working together for a common goal in society.”

Stauffer, whose most recent book is “Giants: The Parallel Lives of Frederick Douglass and Abraham Lincoln,” noted that Douglass’ rhetoric changed over time. His severe criticism of Lincoln, sparked by his frustrations that the president didn’t move faster on emancipation, his conciliations to slaveholders, and his effort to colonize the slaves, softened after the Emancipation Proclamation, even though the two continued to disagree on many issues.

Still, Stauffer argued, Douglass never believed that Lincoln or any single person was responsible for emancipation.

“Neither Lincoln nor any other individual had freed the slaves,” Stauffer said. “Slaves freed themselves with help from Union soldiers, Republicans in Congress, Lincoln, and many others.”

Where exactly Lincoln stood on the issue of race is a question that continues to engage scholars and historians. Theories range from Lincoln, the true abolitionist and great emancipator, to Lincoln, a white supremacist. Various speakers, including Edna Greene Medford, associate professor of history at Howard University, demonstrated that there is no easy solution to the question.

Medford noted that Lincoln had a reputation for treating certain individual African Americans with dignity and respect, yet his attitude toward their race overall proved more ambiguous. His deference and great admiration for Douglass was well-documented, said Medford, but his opinion of slaves in general was more consistent with the prejudice of the times.

“Lincoln shared with the Southern white man, indeed with white Americans in general, the caricatured image of black people that suggested not only limited intelligence but a kind of innate servility. The idea that the average slave could think for and elevate himself would have been difficult for him to comprehend.”

Lincoln’s shrewd political savvy, the topic of a discussion by Matthew Pinsker, is revealed in much of Lincoln’s recently released correspondence, noted the historian and associate professor of history at Dickinson College.

“Abraham Lincoln is a great moral force and his rhetoric is worth all the study that we give it, but I think that behind the speeches there is another side to Lincoln that deserves equal attention,” said Pinsker, who noted that in his letters Lincoln is constantly giving other politicians advice that reads more like “orders.”

In her talk, author and historian Doris Kearns Goodwin offered a vivid image of a man with an almost inhuman capacity to rise above the corrupting influence of power, ambition, and personal enmity. His insight and intelligence, strength of character and decency, she said, allowed him to surround himself with his bitter enemies to help better the country.

“The night of his election as president was the night he could not sleep, when he made the decision that would define his presidency: to put … [his] chief rivals in his cabinet,” said Goodwin.

When asked how he could give his adversaries such power, Lincoln, Goodwin noted, offered a simple reply.

“He said, ‘It’s simple. The country is in peril. These are the strongest men in the country. I need them by my side.’”

Said Goodwin, “Lincoln offers us a template for leadership.” She noted that his ability to shoulder the blame for failure, an awareness of his own weaknesses, his readiness to share the credit for success with others, and his capacity to listen to alternative points of view were just some of the many qualities that made him a truly great leader.

The discovery that surprised her most during research for her popular book “Team of Rivals: The Political Genius of Abraham Lincoln” was Lincoln’s tremendous sense of humor, Goodwin remarked in an interview before her talk.

When she began her research 10 years ago, she said, she didn’t appreciate “the extraordinary sense of humor he had and the extent to which he was able to laugh at himself and to get out of his sadness by either telling funny stories or going to the theater or going to a friend’s house or reading something. … I think we [historians] overplayed his depression and underplayed the [fact] that he knew how to get himself out of his sad moods. He had enormous resources.”