‘Walden’ for the 21st century 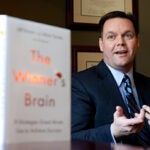 Professor probes whether an individual’s actions still have impact

Can a man who once refused the gift of a doormat — because, as he wrote, “It’s best to avoid the beginnings of evil” — continue to inspire people in how to live simply?

The answer is yes, but with stipulations, said scholar Lawrence Buell at a Harvard lecture last week (March 25).

Buell, Powell M. Cabot Professor of American Literature, explored the continuing significance of Henry David Thoreau’s seminal “Walden,” the 1854 book that chronicles the author’s two-and-a-half year experiment with simple living in the woods of Concord, Mass., near Walden Pond. The discussion was titled “Does Thoreau Have a Future? Reimagining Voluntary Simplicity in the Twenty-First Century.”

Buell referenced examples of literature on voluntary simplicity from the past, including Thoreau contemporary Lydia Maria Child, whose 1829 book “The American Frugal Housewife” promoted “frugal efficiency as moral imperative.”

The scholar also included examples of current authors who promote the simple life, including Duane Elgin and his work “Voluntary Simplicity,” and Colin Beavan, a New York City author who recounted his efforts to limit drastically his environmental impact in the book “No Impact Man: The Adventures of a Guilty Liberal Who Attempts to Save the Planet, and the Discoveries He Makes About Himself and Our Way of Life in the Process.”

But aspects of voluntary simplicity in a 21st century framework beg certain questions, said Buell, which can be explored with the help of Thoreau’s work, as well as that of contemporary authors.

One challenge to voluntary simplicity’s conventional wisdom, said the Harvard professor, is the notion that it’s mainly a choice left to the privileged rather than the poor.

Recalling a sociologist’s words, Buell said, “Voluntary simplicity is a choice faced by a successful corporate lawyer, not a homeless person.” But Thoreau offers insights in this area, said Buell, noting that his writings in “Walden” are more often than not directed at those “hard-pressed to make ends meet.”

While Thoreau’s work may have promoted individual action versus a united front, the message was inspiring, and continues to inspire, said Buell, despite the fears of those who argue that it will never amount to a critical mass of action.

As a counter to those who worry that voluntary simplicity is too individualistic, Buell offered the words of Beavan, who said that in the aftermath of his own simple-living experiment, “he continues to challenge the people around him” to make changes to save the planet.

Buell’s talk at Harvard Divinity School was part of a lecture series titled “Ecologies of Human Flourishing,” co-sponsored by the Center for the Study of World Religions.

In his final remarks, Buell enlisted the help of theologian and physician Albert Schweitzer, whom he called “a heroic example of voluntary simplicity” who “opted for a life of privation” to serve others. Buell surmised that if he could solicit Schweitzer’s and Thoreau’s opinions on the current importance of voluntary simplicity, they would likely agree that it “is necessary as a precondition for human integrity and flourishing, even if not sufficient to preserve the world from ruin in the long run.”

“If that’s right,” said Buell, “then humankind would be foolish to trust to voluntary simplicity alone, but equally foolish to disown it.”

Diana Eck gave the response to Buell’s lecture and shared her own connections with Thoreau. Eck, professor of comparative religion and Indian studies and director of Harvard’s Pluralism Project, admitted to keeping a copy of the text, which she said came close to the status of scripture, next to her bed.

The work, said Eck, provides not so much a model for replication as a type of provocation or awakening with its nourishing passages “that are wonderful to contemplate.”

“‘Walden’ is an elegant and provocative work, and as long as we are attuned and willing to be provoked by that ornery ancestor … we will find that this kind of inspiration lives on, because it asks the kinds of questions we need to be asking.”