Reflections on a catastrophe 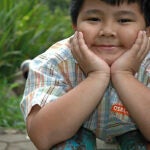 As twilight fell over Port-au-Prince that first terrible night after Haiti’s January earthquake, Louise Ivers watched a strange cloud of dust settle over the city. Stirred by buildings collapsing as the late afternoon quake struck, the cloud was pierced only by sound, a rising chorus of screams from across the capital as the toll became apparent.

Ivers, a Harvard Medical School assistant professor, infectious disease specialist at Harvard-affiliated Brigham and Women’s Hospital, and Haiti clinical director for the nonprofit group Partners In Health, was bruised and battered herself. She had been in a conference room, discussing enhanced food aid for HIV/AIDS patients, when the quake struck.

Ironically, the discussion had just digressed to disaster food distribution, with Ivers making the point that after 2008’s devastating hurricanes, officials had to be prepared for the certainty that natural disasters would strike again.

When the shaking began, it knocked Ivers to the floor as if she had been slapped. Everyone in the room was tossed down and repeatedly shaken as they stumbled to the doorway and out to the street. There, confused, they were greeted with devastation.

The first minutes passed as if in slow motion. Ivers found herself in a nearby courtyard, when a member of the group there said, “I wish someone was a doctor.”

That snapped Ivers out of her trance.

“I’m a doctor,” she responded. And her world shifted from slow motion to hyperspeed.

The night that followed was utter chaos. Ivers was the only person in the area with medical training, but she was without supplies and had no way to get the injured to the city’s medical infrastructure, which she later would learn had been destroyed.

Her recounting of the night — given in mid-February in Port-au-Prince, where she continues to coordinate earthquake relief — poured out in her Irish-accented speech, as if she were viewing a slowly accelerating moving picture in her head as she talked. Reaching over a fence, a man handed her a baby, one arm shredded to the tendons, urging her to take him to get care. She handed the baby back and told the father to come with her. They would get help together.

She told of passing a “pile” of screaming children, panicked and covered in white dust from the collapsed buildings. During the long, dark hours that followed, she helped however she could: using first-aid kits and yanking license plates off cars to employ as makeshift splints.

“It was just nonstop. There were no other doctors there, nobody in charge, just first-aid kits from cars,” she said.

She tried to treat those she came across. But with no supplies, no trained help, and an overwhelming number of injured, some bled to death as she struggled to save them. The next morning, trucks arrived from the United Nations, and Ivers helped to put four bodies in them. Then a man came up, holding a baby, and asked Ivers to examine him. One look told her the baby was already dead. She looked at the father for a moment, trying to tell whether he understood the situation.

When Ivers broke the news to him, he asked what he should do. He had walked a long way, he said, and wanted to know whether he should walk back with the body. Ivers said that if he wanted, he could put the baby in the truck with the other bodies.

“We helped him put his baby in the back of the truck with the other four people we put in there,” Ivers said. “It was really, really horrific.”

Ivers made her way to a tent hospital that had sprung up on the United Nations compound and, as the only doctor there, found herself in charge. Amid the flood of injured people, she moved constantly during the hours that followed. The first relief to arrive was truckloads of medicine and supplies from Partners In Health facilities in Haiti’s Central Plateau. Next came two doctors from the University of Miami, who pitched in alongside her. Finally, nearing collapse two days after the quake, Ivers rested, falling asleep in the back of the hospital.

When she awoke, other physicians had arrived and were beginning to assume some of the burden, among them three Harvard Medical School faculty members, Brigham and Women’s Hospital physicians, and experienced Partners In Health hands: Assistant professors of medicine Jennifer Furin and Joia Mukherjee and instructor in medicine David Walton.

The task that lay ahead promised many more long days and threatened to overwhelm even those newly arrived, but, for Ivers, help had come.