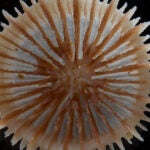 But as those health gains have shifted the health care landscape, a host of new — or newly revealed — issues have emerged concerning the health of the nation’s children. Addressing those issues will require a systematic, system-wide approach, according to José Cordero, dean of the School of Public Health at the University of Puerto Rico.

Cordero, who spoke Thursday (March 4) at the Harvard School of Public Health (HSPH), delivered this year’s Yerby Diversity in Public Health Lecture, which brings minority scientists and scholars to Harvard to address health topics. Cordero was introduced by HSPH Dean Julio Frenk and by Alissa Myrick, a research fellow in the HSPH Department of Immunology and Infectious Diseases.

In his talk, “Children’s Health: Learning from the Consequences of our Success,” Cordero said that today’s leading cause of child mortality is birth defects, making that area a prime target for intervention.

He used the example of neural tube disorders such as spina bifida, where a portion of the spine doesn’t close during development, leaving the spinal cord exposed, and anencephaly, a condition where the brain, skull, and scalp don’t fully form. Research in the 1990s, he said, showed that folic acid given during pregnancy effectively lowered the risk of neural tube disorders. In response, the Food and Drug Administration in 1998 required cereal grain products, such as bread, rolls, rice, and pasta, that are labeled “enriched” to include a minimum level of folic acid.

In the years since, he said, neural tube disorders have fallen, but not uniformly among ethnic groups. Hispanic rates, though lower, remain above those for whites and blacks, something traced to the high use of corn flour in Hispanic households. Corn flour in the United States is not typically enriched and so does not include folic acid supplements.

While public health officials work with industry and regulators to change that, Cordero said there are other interventions that could help. One is to have providers recommend that pregnant women take folic acid supplements. He cited a survey exploring public knowledge versus action with relation to folic acid and said surveys showed that knowledge of the potential beneficial effects of folic acid rose considerably between 1997 and 2006, but that public action, such as taking supplements, increased only slightly.

In exploring that discrepancy, researchers found that many said they would take folic acid if recommended by their doctors, but only 30 to 40 percent of providers actually make that recommendation. Cordero said that points to more interventions with physicians, reminding them to recommend it to pregnant women.

Such system-wide interventions are also seen in other conditions of childhood. Cordero said that children born with Down syndrome present another instance where system-wide changes are needed. As recently as the 1970s, he said, children born with the syndrome weren’t expected to live past their teens. Advances since then have pushed life expectancy of Down syndrome babies into their 50s. While that is a health care success, he said, it also presents problems, as providers aren’t typically educated about the health needs of mature and older adults with Down syndrome.

That highlights a need for education and training that was less pressing decades ago because of the rarity of people with the condition living so long. Care for older people living with Down syndrome now needs to be front and center because decades ago they typically didn’t outlive their care-giving parents.

“This is not a child with special needs. This is a person who will have special needs through their lifetime,” Cordero said.

Cordero said it makes sense to aim interventions at women of reproductive age to lower rates of a variety of birth defects. The list of potential conditions that could harm a developing fetus is long. He said interventions should seek to curb smoking and alcohol use, to control diabetes and obesity, to be mindful of the effects of prescribed medications, and to take steps to avoid transmission of HIV to babies from their mothers.

“Success in the 21st century will require a systems approach … to meet the new needs of the population,” Cordero said. “Sometimes there are consequences of success that are unexpected. We need to monitor them to ensure that [past] success will lead to greater success.”