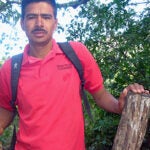 In Indonesia, ancient codes tacitly allow for some modern norms

Indonesia’s 18,000 islands cover a vast oceanic footprint north of Australia. On a map, they look like gathering thunderclouds.

It’s a fitting picture. The predominately Islamic republic is a cultural weather system of sorts, one that anthropologist Nancy J. Smith-Hefner said may show how ancient Islam negotiates its place in the modern world.

Smith-Hefner, a Radcliffe Fellow who is on sabbatical from Boston University, studies social change among Muslim youth on Java, Indonesia’s most densely populated island. Her focus since 1999 has been Yogyakarta, a Javanese provincial capital. It’s a place she made come alive in a Feb. 24 lecture at the Radcliffe Gymnasium.

Indonesians began to convert to Islam as early as the 14th century. Before long, the religion had displaced Buddhism and Hinduism, and today Indonesia is the world’s largest Islamic nation. But until the 1970s, said Smith-Hefner, Muslims there followed a modified style of Islam, blending the teachings of Mohammed with Sufi and folk traditions.

Then came that change in the cultural weather. In the past few decades, a growing fraction of Muslims on Java — most of them young — are embracing what she called more “normative” forms of Islam.

That means more mosques in Yogyakarta and elsewhere, along with more Friday prayer meetings for men, more explicitly Muslim publications on newsstands, and, most visibly, more interest in traditional Muslim styles of dress, particularly for women.

Smith-Hefner said “Islamic restraint” is penetrating a traditional culture that, for instance, is still famous for its shapely, bare-shouldered dancers in form-fitting dresses. “If she doesn’t waddle,” she said of a woman in a traditional dress, stepping from the lectern to mime a shimmy, “it’s not tight enough.”

Coming into style instead are tight, concealing scarves and loose togas, she said, “meant to fully obscure the contours of a woman’s body so the shape of the waist and hips is not apparent.”

The change in cultural weather also means something else, said Smith-Hefner, getting to the heart of her research: a “patriarchal bargain.” In exchange for modern freedoms such as access to work and school, women tacitly agree to avoid any “public show of authority over men.”

Under cover of modesty and restraint, women in this corner of Islam are allowed to value education, exercise personal authority, and live in what is in effect a society of gender equality. This form of Islam is pious and even strict, said Smith-Hefner, but it should not be construed as in defiant contrast to the West.

Men are expected to keep their end of the bargain too, in what the anthropologist calls a “gender paradox” within Islam. (It’s a term coined by religion sociologist Bernice Martin, who noted the same gender bargaining among Pentecostal Christians.)

Men are expected to conform to high standards of personal comportment: that is, to pay more attention to their families; avoid smoking, drinking, and gambling; and refrain from extramarital sex. “It’s not easy” on them, said Smith-Hefner, and the numbers prove it. Among converts to this more normative brand of Islam, women outnumber men two to one.

To explain this gender paradox, Smith-Hefner focused her study on KAMMI, an acronym for the Indonesian Muslim Students’ Action Union. This artifact of Muslim religious activism started in the 1980s “with small communities of observant believers,” she said, and was intended to be “a movement for student morality.”

KAMMI activists — some of them influenced by travel to other Islamic countries — took control of student university groups and state-sponsored religious courses. They were also part of the demonstrations against the dictator Suharto before he stepped down in 1998. The KAMMI demonstrations had one striking feature, said Smith-Hefner: the unusual predominance of women.

Followers of KAMMI do not lobby for an Islamic state or insist on strict sharia religious law, she said. But they do see sharia law as an inevitable part of “gradual moral and societal reform.”

At the heart of this agreement, for both sexes, is modesty and structure, ideas that may create tension with gender roles as they evolve in modernity.

KAMMI practices include an exacting and detailed dress code for women that is meant to temper male desires. There are also strict norms for gender interaction that proscribe limits on greetings, gazes, and dating. “There is no dating in Islam,” said Smith-Hefner. “There is only a pattern of familiarization.”

There are KAMMI marriage bureaus of a sort, which combine the idea of a Western dating service with “old pieties,” she said. Students exchange “bio-data,” a committee suggests a match, and that leads to “several formal meetings,” said Smith-Hefner, at which prospective partners talk about “their visions and principles.”

After this, “most marital decisions occur with surprising rapidity” for couples, she added, “and they never even touch one another.”

This is a “radical departure” from traditional Javanese marriage practices, in which the families play a role in matchmaking, said Smith-Hefner, and is certainly at odds with the Indonesian marriage law of 1974, which gives people the right to choose their own partners.

But marriage bureaus and similar structures offer advantages, she said, especially to women attending universities. The pool of eligible partners with similar attainments is small. So KAMMI helps women to identify matching partners, who often are younger men, said Smith-Hefner.

These strategies also protect educated women, not just from the pressures of male sexuality, but also from men who might not let their partners work. (In strict Islam, whether a woman works is a man’s decision.) That’s always part of the premarital discourse, said Smith-Hefner: “Will the man allow the woman to work?”

Outwardly, KAMMI and its practices might seem to destabilize the concept of a woman’s individual choice. But in fact, she said, they provide “access to other valued ends,” including sexual modesty, education, employment, and incentives for a man to be a better provider.

This emerging style of Islam “is not in opposition to secular modernity,” said Smith-Hefner, “but (it’s) a way of striking a different balance.”