Faith and the marketplace 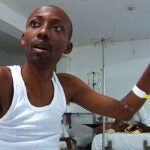 Days to find a doctor

Organized religion can be an important force for financial reform, according to a group of scholars who took part in a panel at the John F. Kennedy Jr. Forum on Wednesday (March 3).

In the discussion “From Wall Street to Main Street: The Search for a New Moral Compass for the New Economy,” the panelists agreed that religious communities need to be actively engaged in shaping both the nation’s economic reform policies and its moral direction.

“The [economic] crisis is structural and spiritual,” said panel member Jim Wallis, “so we have to address both.”

Wallis, an evangelical minister and president and CEO of Sojourners, an evangelical Christian organization, criticized the enormous bonuses paid out by big banks as “a symptom of societal erosion.” He cited the ubiquitous maxims “greed is good” and “I want it now” as evidence of the need for a new national ethic, one that focuses on helping one another and that considers the repercussions of current actions on future generations.

Issues of poverty and homelessness are “directly out of the Bible,” said television journalist and documentary film producer Liz Walker. A 2005 graduate of Harvard Divinity School, Walker, who is an ordained minister in the African Methodist Episcopal Church, called on religious communities to step away from their comfort zones and “be part of the action that makes things right.”

Interfaith social justice organizations can play a prominent role in pushing for important change, the panelists said. So too can church leaders who can initiate conversations with their congregations about the economy and rally them behind consumer protection reforms and efforts to shift business from banks deemed “too big to fail” to smaller, locally based ones.

“The Catholic Church is fairly institutional,” said the Rev. J. Bryan Hehir, and as such is well suited to address “what institutions need to do.” Hehir, Parker Gilbert Montgomery Professor of the Practice of Religion and Public Life at the Harvard Kennedy School (HKS), said people “ought to debate not how big government ought to be or how small government ought to be. We ought to ask, ‘What is the proper function of government?’”

Using that type of institutional framework, people can “then open up into other aspects of civil society,” said Hehir, and explore an institution’s moral responsibility.

Wallis was optimistic about the emergence of a new national tone.

A recent tour for his new book, “Rediscovering Values: On Wall Street, Main Street, and Your Street,” evolved into a series of informal town meetings, he said, where he learned of grassroots campaigns and discussions taking place in many congregations about the intersection of faith and finance and the vision of a “common, good” economy.

“I think there is a conversation going on now that sees this in a moral framework, that underneath the economic crisis is a values crisis, and we are not going to get to an economic recovery without a moral recovery that shapes it.”

“We as faith communities are going to have to organize,” said Walker, “and step up to the plate and lift up our prophetic voices.”

Richard Parker, HKS lecturer in public policy and senior fellow of the Joan Shorenstein Center on the Press, Politics and Public Policy, moderated the session.