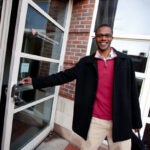 A bridge to somewhere

It was in the works for months, years even — a trip that finally turned dreams to reality as the Harvard varsity women’s squash team traveled to India over January’s winter break. Harvard allows its varsity athletes to travel internationally once per four years, but for members of the squash team it was the trip of a lifetime.

We traveled to Mumbai, Chennai, Delhi, and Chandigarh in 11 days, training, sightseeing, and doing community service in a facility set up in Chandigarh by head coach Satinder Bajwa. The general sentiment prior to the trip was one of undeniable excitement and unavoidable anxiety, but, most importantly, a widespread willingness to be open-minded about whatever came our way. As coach Bajwa regularly reminded the team, the theme of the trip was “adjustment,” for adaptability would be necessary to deal with the new environment and fully appreciate what India had to offer.

Many college teams take international trips solely to train, but the three days of service and learning in Chandigarh were what made this trip a unique experience. The community service involved squash coaching and academic tutoring for underprivileged children living near the squash facility, called “Khelshala,” or “Place of Play.”

Coach Bajwa opened Khelshala last August in an area of Chandigarh known as Sector 42. The squash facility boasts two international courts as well as a yoga room, pristine fitness equipment, and locker rooms. The facility is in the village of Attawa, home to most of the children who play there. There are dirt roads and piles of trash, derelict shops and empty spaces. The one-lane road leading to the facility is barely wide enough for the van in which the team arrived.

The opening of Khelshala created a singular juxtaposition of wealth and poverty, of hope and hopelessness, of opportunity and incapacity in Sector 42. In the midst of dust-laden pathways and tangled power lines, Khelshala stood as a beacon of optimism and opportunity for the children, who otherwise would have had no exposure to a sport as exclusive as squash.

It was beautiful to see the ways in which the sport could unite people as different as college students and village children living halfway across the world from one another. Though separated by a considerable language barrier, we were able to gain valuable exposure to the children’s ways and views. Furthermore, we were able to overcome differences in culture, lifestyle, and values to share a common love for a game that had so significantly affected our lives and would affect theirs.

On the final day in Chandigarh, the children gave us a tour of their village, allowing us into their daily lives. Though we had caught a glimpse of the kind of lifestyle they led, we were largely unprepared for the sights the village had to offer. Their homes were one-room enclosures housing entire families, overlooking a stream of dirty sewage water and standing opposite to a maze of power lines. Learning English from an old woman with a slate and pointer, some village children looked up, startled, as the team marched by in tracksuits emblazoned with the Harvard crest proclaiming “Veritas,” or “truth” — the very truth so difficult to bear.

Despite this, the children arrived at Khelshala thinking of opportunity, not adversity. This was the most astonishing and eye-opening aspect of the trip: that they could find so much happiness despite all they endured outside of the squash facility.

Coming from Harvard, a place with resources and doors wide open, we were awed by the visit to Chandigarh and, at the same time, finally able to understand that it had taken a trip across the world to a village of bright-eyed children to realize that their infectious, unrelenting joy gave others no excuse for concern. They had nothing, but they still had aspirations.

But for many of us, it was unsettling to consider the notion that some of the children may never leave this lifestyle. Many boys will grow up to have similar occupations as their fathers: vendors, shop owners, manual laborers. Many girls will be poor housewives. It’s an endless cycle because, as the governor of Punjab said during his visit to the squash facility, the “haves” and the “have-nots” run parallel without intersecting. Things are stagnant, and there may be nothing in store for them.

But this is the beauty of an organization such as Khelshala. As assistant coach Chris Smith said, unlike many U.S. inner-city squash programs, it was not built with an end goal in mind. It is simply a haven for village children, a place to go for those who cannot dream of affording to play squash otherwise.

There is so much untapped potential among the children who play at Khelshala. Many are intelligent, talented, and eager to learn. Truly, they could easily do much more if brought up in another environment, under different circumstances. But perhaps what Khelshala provides is a step in the right direction, the first of many necessary to achieve greatness.