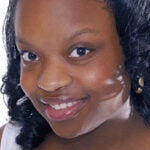 Freshman at State of Union

A Harvard symposium, “The Haitian Crisis,” featured five panelists recently. Unbeknownst to each another, three of the five chose to use the unnerving word “apocalypse” in their opening remarks.

But there are two meanings to “apocalypse,” one despairing and one hopeful. The word can mean a disaster of epic proportions. But it can also suggest a form of revelation. Both meanings came up during the two-hour panel discussion in a crowded Thompson Room on Jan. 29.

The symposium was Harvard’s first formal, public exploration from a humanities perspective of the Jan. 12 earthquake that claimed many thousands of lives, destroyed much of the capital city, disabled the main port, and crippled the national airport. It has been an epic disaster that, as one Harvard medical observer said last week, will turn Haiti into “a nation of amputees.”

“The meaning of this tragedy is not just for the people of Haiti, but for the people of the world,” said Evelynn M. Hammonds, who spoke before the panel discussion began. She is dean of Harvard College and Barbara Gutmann Rosenkrantz Professor of the History of Science and of African and African American Studies.

To panelist Jennifer Leaning, a medical doctor with decades of expertise in humanitarian relief, the quake’s aftermath called to mind the darker meaning of apocalypse in a Haiti gripped by an “incalculable magnitude of pain and loss.” The past three weeks add up to more than a disaster, she said, employing the classic word denoting a sudden event that overwhelms the resources of an area.

“This one is not improperly called an apocalypse: a catastrophe, a cataclysmic event,” said Leaning, director of the François-Xavier Bagnoud Center for Health and Human Rights at the Harvard School of Public Health. “This is off the scale.”

She added, “This is going to be one of the worst natural disasters to hit this world in this century.”

Junot Díaz, Pulitzer Prize-winning author of “The Brief Wondrous Life of Oscar Wao” and a native of the Dominican Republic that borders Haiti, acknowledged the darker meaning of apocalypse as well. “The figures are unimaginable,” he said of Haiti’s plight, “the pain that we are describing and its consequences unspeakable.”

But the earthquake and its aftermath may yet prompt a revelation, said Díaz, who said there might be a moment of potential awakening for mankind. “The world as most of us thought it [existed] was revealed to be quite a different world,” he said of the  aftermath, one in which people might now see the moral fault lines of an international economy in which profits appear paramount.

In capitalist terms, said Díaz, “The Haiti catastrophe is not just normal, but natural.”

Places such as Haiti traditionally have been exploited for their natural resources by richer nations, which remain safe amid great “arks” of wealth, said Díaz, reaching for a biblical metaphor. Meanwhile, exploitation weakened poorer nations, he said, and in fact “stripped them of their capacity to build arks.”

Panelist Patrick Sylvain, Ed.M. ’98, a Haitian-born poet, said that nation’s successive colonizations — economic and otherwise — included a subjugated physical landscape, a verdant territory stripped for lumber and to grow sugar. The result was not only deforestation and soil erosion, he said, but “a ruling class incapable of organizing a state.”

Revelation may start small, said Díaz, using the example of his native land, which for decades has occupied an uneasy border with Haiti, disparaging it with racial invective as a dark hell of dysfunction. But after the quake, he said, the Dominican Republic, “a country that itself is catastrophically poor,” reached across a 100-year cultural and historical rift to provide the first aid to reach Haiti.

In the same way, said Díaz, the Haitian apocalypse might inspire in the wider world a similar “turning point of solidarity” for the beleaguered nation. It might inspire the First World to set aside entrenched ideas about Haiti — and predominantly black places like it — as enclaves of helpless victims.

As it stands, said Díaz, “Some very toxic narratives are being slipped into these aid packages,” and changing those default narratives “is the best way of helping.”

Three of the five panelists were medical doctors, all sympathetic with a humanistic perspective on Haitian aid. Leaning, for one, called Díaz’s sense of apocalypse-as-revelation “brilliant” and agreed that the quake would lead to “a major re-conceptualization” of Haiti and the nature of international aid.

But the three physicians also steered the conversation back into the numbers column.

Gregg Greenough, an emergency physician and director of research at the Harvard Humanitarian Initiative, acknowledged the power of culture in any medical setting, saying that “health, of course, doesn’t occur in a vacuum.” But “the present tense” of a wrecked and needy Haiti, he said, occupies his thoughts.

Even before the earthquake, said Greenough, 60 percent of Haiti’s public health infrastructure had been destroyed in 2008 by four hurricanes. Health statistics there were grim anyway. Malnutrition stunts 20 percent of children under 5, infant mortality is among the highest in the world, almost half of Haitians had no access to clean water, and only 58 percent of the people were immunized against common diseases.

This last statistic, said Greenough, means that, even before the quake, Haiti was without so-called “herd immunity,” the immunization rate (around 85 percent) that keeps epidemics in check.

After the quake, the pattern of injury — mostly “crush” wounds — normally would require a high degree of technical skill to treat medically, including specialized surgical teams and dialysis machines. This strained a damaged system even more. Greenough said that Haiti needs to “rebuild [its] health system from the ground up.”

Statistics are behind another problem, said Leaning: the fact that half of Haiti’s population is under 18. The earthquake “killed large numbers of adults,” she said, creating a chaotic diaspora of children who are now vulnerable to exploitation, including by “slavery, precipitous adoption … [and] instructive, marauding adults.”

Haitian orphans belong in Haiti, said Leaning, and other countries can help that goal by supporting Haitian community organizations, along with family-tracing and identification systems.

While international aid efforts have focused on water, food, shelter, and medical aid, another critical focus will be on psychological trauma, and the culturally sensitive mental health interventions that need to follow. “I’m living it, day to day, for the past two weeks,” said Haitian-born panelist and physician Marie-Louise Jean-Baptiste, an assistant professor at Harvard Medical School with a practice at the Cambridge Health Alliance. “Everybody is in pain.”

She described a series of cases, including Haitian patients whose emotional turmoil is spiking blood pressure and worsening diabetes, and patients who suffer from depression, memory loss, and sleeplessness.

In turn, patients fear that treatment for mental illness will stigmatize them or affect their capacity to find jobs, said Jean-Baptiste. U.S. health providers need to address mental health issues among Haitians early, she said, in a situation “that will not last just a year.”

Panel members said what is missing in media coverage of the Haitian crisis so far is  context, “the long history of problems and poverty and despair and distress” in Haiti, the realization, as Leaning said, “that this earthquake is playing on in an almost malignant and deadly way.” She added, “The issue to look at in Haiti is all context.”

Sylvain called Haiti “the founding nation of modernity,” born in a slaves’ revolt and its nationhood established in 1804. Now, members of Haiti’s elites are sleeping outdoors beside their servants, a democracy of fear that may finally create “a social contract.”

But overshadowing that hope are disruptions to Haitian life, including one dramatic “antithesis of culture,” said Sylvain: burning bodies of many quake victims.

Then there is the disruption of Haiti’s post-earthquake reverse migration into the countryside, he said, a situation that in the next few months could chill Haiti’s relations with the Dominican Republic, set off a new wave of boat people, and spawn uneasiness in the countryside.