Hospital rises in the grass 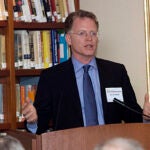 In the clutches of the Taliban

FOND PARISIEN, HAITI — Nearly a month after a massive earthquake devastated Haiti, paramedic Anthony Croese looked into the crowd outside a destroyed orphanage near Port-au-Prince and spotted an emaciated baby cradled in his father’s arms.

The baby looked far too tiny for his eight months of life, and a short conversation explained why. His mother died in the Jan. 12 quake, and his father, Emilio Eliassaint, in the weeks since had been feeding him sugar water, devoid of the nutrients in mother’s milk.

Croese, who feared the baby wouldn’t survive long on such a diet, bundled him into a car and sent him to a field hospital that has sprung up amid the thorny trees and dried grass at Fond Parisien, near the border with the Dominican Republic.

There, the baby began a diet of formula, eating ravenously, to the relief of workers.

Sandwiched between mountains and a large lake, the site has become an oasis of medical care and hope in this still-reeling nation, where many thousands died and many more have been injured. The field hospital was willed into existence by two Harvard faculty members and researchers from the Harvard Humanitarian Initiative (HHI), an interfaculty program designed to harness expertise across Harvard’s Schools to understand and improve the response to disasters, both natural and man-made.

The hospital was started less than a week after the earthquake by Hilarie Cranmer and Stephanie Rosborough, both HHI researchers, emergency medicine doctors at Harvard-affiliated Brigham and Women’s Hospital, and faculty members at Harvard Medical School (HMS).

When the two first arrived, 25 patients already were huddled under sparse trees. The patients, some of whom still had open wounds and exposed bones, had gathered at the site, which contains an orphanage, church, and school run by the nonprofit group Love A Child Inc. Despite the exhortations of the group’s founder, the patients refused to go into a nearby church, where they had been resting the night before when a large aftershock struck.

Rosborough and Cranmer, who is also an assistant professor at the Harvard School of Public Health (HSPH), immediately set to work. Drawing on training and extensive field experience in disaster settings, they secured tents, generators, toilets, food, medical supplies, and volunteers. Power and plumbing arrived in the form of the Rescue Task Force, which showed up one day and offered assistance that Cranmer gratefully accepted.

Drawing on an extensive network of Harvard affiliates, former students, and colleagues in the disaster relief field, HHI marshaled an array of volunteers, including doctors, nurses, pharmacists, and Haitian staff.

The result is an HHI-led field hospital that has about 200 patients and also runs outreach operations that provide vaccinations and other care for smaller area clinics. It collaborates with other organizations, including Love A Child (whose compound and permanent buildings provide the facility’s structural backbone), the University of Chicago, and the governments of the Dominican Republic and Haiti. Though those groups have the major organizing role, the volunteers providing care hail from institutions around the world. In addition to the field hospital, there is a nearby displaced-persons camp run by the American Refugee Committee, where some patients go after finishing treatment.

The hospital focuses on rehabilitation, taking in patients from other hospitals, including the giant U.S. hospital ship Comfort moored off Port-au-Prince, the devastated Haitian capital. These patients’ broken bones, crushed limbs, and other injuries have received initial care but require additional treatment, whether it’s for handling follow-up care or complications such as new infections.

With physical therapists as part of the volunteer corps, the hospital not only continues the bodily repair begun after the quake, but also begins the long, slow recovery process.

HHI Director Michael VanRooyen applauded the efforts of all involved, particularly the guiding hands of Cranmer and Rosborough. To get the hospital up and running so quickly required putting into practice many of the principles taught by HHI, which not only conducts research, but which also runs courses in disaster relief, including a weekend-long simulated disaster workshop in New England’s forests.

VanRooyen, who is also an emergency medicine specialist at Brigham and Women’s Hospital and an associate professor at both Harvard Medical School and the Harvard School of Public Health, has begun the process of formalizing arrangements and collaborations that, of necessity, have been ad hoc until now. Last weekend VanRooyen was in Haiti for whirlwind meetings with officials from the Haitian and Dominican governments, the U.S. Agency for International Development, Love A Child, and representatives of the relief and nonprofit agencies that are lending a hand. He hopes to establish a sturdy administrative structure and secure support that will allow the field hospital to complete care of its patients and slowly transition them back to local health providers, a process that could take six months to a year.

Key needs, VanRooyen said, include gaining enough funds to keep the operation running, and partnering with other nongovernment organizations. The work so far has been financed by a combination of in-kind contributions from volunteers and relief organizations, HHI funds, and even personal funds from those involved. Gaining permanent funding may well determine the ultimate success of the effort, VanRooyen said.