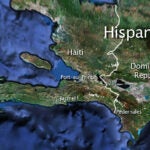 The court case originally focused on a narrow question of campaign finance. But the Supreme Court’s 5-4 decision in Citizens United v. FEC sent reverberations throughout the political world. By removing restrictions on election spending by corporations, the ruling promised to change the way that campaigns are waged. The Gazette asked members of the Harvard faculty to discuss the significance of the case:

Gazette: How do you think that this decision will reshape elections?

Alex Keyssar, the Matthew W. Stirling Jr. Professor of History and Social Policy at Harvard Kennedy School: It may reshape elections quite dramatically. I think that what we’re going to see is a very, very significant infusion of corporate funding into advertisements supporting an opposing candidate. What the ruling focuses on is not contributions directly to campaigns, but using funds to support candidates. But what I think we’re going to see is something that we haven’t seen in this country in decades, which is a huge infusion of corporate money, which is going to change the fundraising landscape.

Elaine Kamarck, lecturer in public policy at the Kennedy School’s Belfer Center for Science and International Affairs: It is as significant, if not more significant in the long run, than Scott Brown winning in Massachusetts. This is a real earthquake. What it basically does is it allows elections to become a financial free-for-all. … In a generic sense, you would think it’s a help to the Republican Party, which it probably is, but I think it will play out more issue by issue. So, for instance, look at health care, look at climate change. This really has big consequences for political campaigns.

Gazette: What are the implications here for labor unions and nonprofit institutions? Can they also start to play a more direct role in campaign politics?

Jed Shugerman, assistant professor of law at Harvard Law School: From a reading of this decision, labor unions and other nonprofits are free to spend more. There’s nothing in the opinion that forecloses it or makes this distinction. So it seems like there will be more money coming from labor unions. Labor unions are opposed to this decision because they know, in the balance of power, the corporations will be able to spend more money than the unions can. But at least it seems evenhanded in allowing both. And there’s no reason to think that they would distinguish between the First Amendment rights of corporations but not extend those rights to labor unions.

Gazette: What will be the impact on individual voters?

Keyssar: It’s quite tricky to predict the impact on voters. We live in a political culture where, for about a half century, large numbers of eligible voters have not participated, and according to lots of polling data and other data that we have, one reason is that they don’t think that their individual voice matters very much — that the country is basically run by large, powerful interests. If this does unleash the wave of advertising that I suspect that it will, this will intensify that sentiment. … The rationale for restricting corporate contributions, which goes back to the turn of the 20th century, is in effect that the political arena, the arena of democracy, should be one where individuals’ voices are equalized as much as possible, and this runs directly counter to that.

Gazette: What do you see as the ramifications of giving corporate speech the same weight in society as individual speech?

Kamarck: It just strikes me that it is serious imbalance in power. Corporate speech already has a big voice at the table. And some of that is for legitimate reasons, right? I mean corporations provide jobs; congressmen and congresswomen are inclined to listen to corporations because they don’t want to do things that end up costing jobs. … There’s plenty of attention paid in the American political system already to the health of corporations for obvious reasons. They provide jobs. But this seems to be taking this one step further, and really giving them a power that they, frankly, don’t need.

Gazette: Is there anything to be read into the fact that this began as a fairly narrow case but wound up having such broad implications?

Shugerman: The Supreme Court had in front of it a potentially narrower and more minimalist way to resolve this case without overturning precedent. This is the big deal about this case. This sends a larger signal about the Roberts court. When Chief Justice [John] Roberts was confirmed in the confirmation hearings, he talked about deference and a cautious approach and seeking more consensus. And we have seen that that is not his approach in practice. So today what we’re looking at is an irony. To pass a law in Congress takes a 60-vote supermajority in the Senate. But to strike down a law today takes a one-vote majority in the Supreme Court — and a decision that overturned precedent. … The larger context of the Roberts court’s aggressiveness and lack of concern about consensus is something that we should be paying more attention to.

Gazette: Any final thoughts on the decision?

Kamarck: Will both customers and shareholders object to corporate spending in political campaigns? This will be different depending on the kind of corporation. Corporations like Starbucks or Target or corporations that are really dependent on customers liking their brand will probably be pretty careful about playing in political campaigns. By getting involved in divisive issues or divisive campaigns, you could have people saying, “Well the heck with this, from now on I’m going to Peet’s, and I’m forever boycotting Starbucks.” So some companies will probably be very, very careful about this. There will be other companies, particularly highly regulated companies, who might see this as a way to enhance what is their already substantial lobbying capacities in Washington.

Keyssar: I think you can start imagining how campaigns will change. For example, given all of the recent discussion of an issue like health care, you can now imagine what the pharmaceutical companies or the health insurance companies are going to do now that they can involve themselves very directly in campaigns.

Shugerman: The next question is whether the Supreme Court will move beyond outside political advertising, issue advocacy, or independent spending, and move from striking down regulations on outside spending to striking down regulations on direct donations. That’s a big deal. So if a corporation can go today and now spend money on its issues, that’s one thing. But there are longstanding precedents that set limits on what individuals and groups can donate to candidates. If there’s now an ability to make direct donations to candidates without limits, that will be a major change.