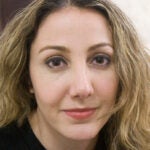 Scientists suggest systemic changes are linked to rise in disorders

The subtle but ongoing pressures of human evolution could explain the seeming rise of disorders such as autism, autoimmune diseases, and reproductive cancers, researchers said Friday (Jan. 8) in the Proceedings of the National Academy of Sciences. Some adaptations that once benefited humans may now be helping such ailments persist in spite of — or even because of — advancements in modern culture and medicine.

“This work points out linkages within the plethora of new information in human genetics and the implications for human biology and public health, and also illustrates how one could teach these perspectives in medical and premedical curricula,” said author Peter Ellison, John Cowles Professor of Anthropology at Harvard University.

Ellison’s co-authors are Stephen Stearns of Yale University, Randolph Nesse of the University of Michigan, and Diddahally Govindaraju of the Boston University School of Medicine. The research was first presented at the Arthur M. Sackler Colloquium, co-sponsored by the National Academy of Sciences and the Institute of Medicine.

Colloquium presentations described in the current paper include research suggesting that:

● Autism and schizophrenia may be associated with the overexpression of paternally or maternally derived genes and influences, a hypothesis advanced by Bernard Crespi of Simon Fraser University.

● Maternal and paternal genes engage in a subtle tug-of-war well into childhood, with consequences for childhood development, according to David Haig, George Putnam Professor of Organismic and Evolutionary Biology at Harvard.

● Humans may be susceptible to allergies, asthma, and autoimmune diseases because of increased hygiene, according to Kathleen Barnes of Johns Hopkins University. Without being exposed to intestinal worms and parasites, as our ancestors were, our immune systems are hypersensitive.

● Natural selection still influences our biology, despite advances in modern culture and medicine. Stearns found that natural selection favors heavier women and reduces the age at which a woman has her first child.

“We’re trying to design ways to educate physicians who will have a broader perspective and not think of the human body as a perfectly designed machine,” said Ellison. “Our biology is the result of many evolutionary tradeoffs, and understanding these histories and conflicts can really help the physician understand why we get sick and what we might do to stay healthy.”

Previous work in evolutionary medicine helped explain why disease is so prevalent and difficult to prevent. Because natural selection favors reproduction over health, biology evolves more slowly than culture, and pathogens evolve more quickly than humans.

“I think that the main take-home point is that evolution and medicine really do have things to say to each other, and some of these insights actually reduce suffering and save lives,” said Stearns.