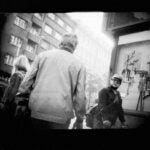 A new national poll by the Institute of Politics (IOP) at the Harvard Kennedy School finds that a majority of America’s 18- to 29-year-olds still approve of President Barack Obama’s general job performance, but disapprove of his handling of key issues such as the economy, health care, and the war in Afghanistan.

On Obama’s call for 30,000 additional U.S. troops to serve in Afghanistan, two-thirds of young adults said in mid-November, when the poll was conducted, that they opposed such a buildup (66 percent opposed, 31 percent supported).  Nearly half of young Americans said that the economy is the national issue that concerns them most, more than double the next-highest issue, health care.

“The Institute of Politics polling project is the pre-eminent source of public opinion for understanding young adults and tracking their views on politics and public service,” said IOP Director Bill Purcell. “This is a voting bloc now critical to the outcome of our elections and they know it.”

“We’ve been tracking this generation since they came of age nearly 10 years ago, and have seen young people become a political force,” said John Della Volpe, IOP fellow and director of polling.  “Our government and our political parties need to continually challenge and inspire young adults, whose support should not and cannot be taken for granted.”

The online survey of 2,807 18- to 29-year-old U.S. citizens had a margin of error of  plus or minus 2.2 percentage points. It was conducted with research partner Knowledge Networks between Nov. 4 and 16. Its principal findings included:

A majority of young adults approve of Obama generally, but disapprove of his handling of major issues. Exit poll results from the 2008 presidential election indicated Obama won the 18- to 29-year-old segment of the electorate by a 34-point margin (66 percent to 32 percent), more than five times the difference of Obama’s next best age group (30- to 44-year-olds).  The IOP’s fall poll indicates that these young adults are now in line with the general population.

When asked about Obama’s job performance, nearly six in 10 (58 percent) of young Americans said they approve, a similar level (54 percent) found in national polls of the entire electorate, conducted by other organizations during the same period.  Among the youth electorate attending a four-year college or university, Obama’s approval rating is slightly lower than the youth cohort as a whole, since 57 percent approve and 42 percent disapprove of his job performance.

Two-thirds of young adults oppose sending more troops to Afghanistan. Concerning Obama’s recent call for 30,000 additional U.S. troops to serve there, a strong majority of young adults said they would oppose such a move. The IOP poll revealed that two-thirds of 18- to 29-year-olds would oppose such a buildup (66 percent oppose, 31 percent support).

The economy is the top national concern for young people. Almost half of 18- to 29-year-olds said economic issues are their top national concern, which was more than double the second-highest issue (health care, at 21 percent), and nearly five times the third-highest (the war, at 10 percent).

On health care reform, young people are more supportive of specific elements than of reform in general. On health reform, the respondents seemed more supportive of individual elements of reform (76 percent favor requiring insurance companies to sell coverage to people, even if they have pre-existing conditions, and 57 percent favor a public option) than they are of the concept in general. Broadly, 48 percent support major reform, 30 percent back more-limited reform, and 22 percent think reform should be left for another time.

A detailed report on the poll is available on the IOP Web site.