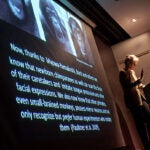 A former Mexican health official described Central America and southern Mexico on Tuesday (Dec. 1) as the “low-hanging fruit” of global health efforts, saying the region is capable of rapid health advances. He also outlined an initiative to aid its poorest residents.

Jaime Sepulveda, former director of Mexico’s National Institutes of Health and currently director of integrated health-solutions development for the Bill and Melinda Gates Foundation, said that a new initiative funded by the foundation and partner organizations would try to improve infant and maternal mortality, nutrition, vaccination rates, and several other health measures in the next five years.

The program, called the Mesoamerican Health Initiative, will target poor indigenous communities throughout Mesoamerica, which runs from southern Mexico to Panama. Though improving the health care infrastructure is important, Sepulveda said the program will seek to train providers and adapt clinical procedures so they can be used in homes and communities, regardless of whether a regular clinic is nearby.

In his introductory remarks, Farmer said that global health is not a discipline, but rather a set of worldwide problems that require several disciplines to address. Farmer said conditions have changed in global health over the past two decades. Scarcity of resources has ceased to be the most pressing problem. Rather, he said, today’s major issue is how to integrate the latest knowledge into policies and on-the-ground practices that can make a difference in people’s lives.

“Integration and implementation are the two largest problems,” Farmer said.

Sepulveda said he wanted to bring to the audience’s attention a part of the world that has been neglected. To make changes there, he said, programs should focus on specific priorities and on closing the gap between health care for the wealthy and the poor. Among its health challenges, Sepulveda said, the region of almost 72 million people has high rates of infant and maternal mortality, with many deaths coming from premature births, infection, and asphyxiation for the infants, and hemorrhaging, hypertension, infection, and obstructed labor for the mothers. Malnutrition is also high, Sepulveda said.

The health initiative will focus on improving reproductive, maternal, and neonatal health, bettering nutrition, and increasing vaccination rates. It will conduct epidemiological studies to watch over the region’s health and the program’s effectiveness, while trying to build on capacity. The effort also will focus on discovering new interventions, improving health practices, and changing government policies to improve health.