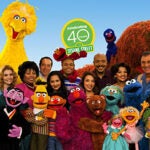 William Gemmell Cochran sang in a gorgeous tenor voice, remembered everything he read, and in his youth played expert badminton. He also was always on time.

Cochran (1909-80), a Glasgow native, was one of the founding members of Harvard’s Statistics Department in 1957. To this day, he is one of the best-known names in the science of planning, collecting, and analyzing numerical data.

His modern colleagues at Harvard — some of them former students and collaborators — sponsored a symposium Nov. 14 in honor of Cochran’s scholarship and centenary year.

His book “Experimental Design,” co-authored in 1950 with Gertrude Cox, shook the world of the still-young science. So did his next volume, “Sampling Techniques,” in 1953.

Cochran and Cox “were like gods,” said Tirthankar Dasgupta, an assistant professor of statistics at Harvard, one of nearly 100 attendees at the symposium, held at Tsai Auditorium. In the audience too was presenter Robert Groves, director of the U.S. Census Bureau and an admirer of Cochran’s work in statistics, which he called both rich and humanizing.

Celebrating alongside the scholars were the fabled researcher’s younger daughter, Teresa “Tessa” Cochran, a Virginia psychologist, and his only son, Alexander “Sandy” Cochran, a retired executive living in Florida.

They brought along a family album, which at the end of the session flashed on a big screen like a slide show. Included were photos of Cochran as a young man in plus fours, another of him and Cox improbably in chef’s aprons, and group shots of the great minds of statistics from decades ago. Said Harvard department chair Xiao-Li Meng, the Whipple V. N. Jones Professor of Statistics, “That’s like a Who’s Who to us.”

Tessa remembered growing up in a strict household, but one where a good joke had its place. The signature sound of her childhood, she said, was the chunk-chunk of the heavy carriage on a Monroe calculator, a hand-cranked paperless precursor to the computer.

Her mother Betty had a doctorate in biology, so the parents were intimidating intellectually. When she faltered during a homework assignment, Tessa remembered her father’s statistical reminder of “regression towards the mean.”

The greats of modern statistics were visitors to the Cochran household, and all possessed “a foreign language,” remembered Sandy, a one-time mathematics major who confessed to flunking statistics. When the family was in Princeton during World War II, they lived next door to Albert Einstein, who on leaving for work would often pat 3-year-old Sandy on the head. His mother teased him for years after that “none of it rubbed off.”

Witty in person and concise on paper, Cochran is best known for his contributions to all three common forms of collecting statistical data, according to Meng: experiments, sample surveys, and observational studies.

The three forms differ in degree of control. The more control in the data-collection stage means an easier analysis stage. That means more control over what experts like Meng call “valid statistical inference.” Statistics, after all, is largely the search for causality, as it can be inferred from large universes of data.

With observational studies, the researcher typically has no control. Data is simply collected as it comes in, from patients at a particular hospital, for instance. Without care, the “confounding factors” in observational studies can suggest misleading results. Yes, cigarette smokers get lung cancer more often than nonsmokers — but other factors may obscure causality: age, occupation, environment, and so on.

Among other things, Cochran was an expert in taking observational data and filtering it mathematically in order to make statistical inferences more powerful. He was the only statistician on the 10-member scientific advisory committee for a 1964 U.S. Surgeon General’s report concluding that cigarette smoking caused lung cancer.

There were five nonsmokers on the panel and five smokers, by design. Cochran was the only one of the smokers who did not quit after the report’s appearance. At age 55, Cochran calculated that his chances of getting lung cancer were 40 percent, compared with 24 percent for a former smoker. “The comfort of my cigarettes,” he concluded, outweighs the 16 percent increase in risk.

But despite his personal decision, Cochran’s work went on to save millions of lives in the decades since, said Allan M. Brandt, author of “The Cigarette Century” (2007), a study of the rise and fall of U.S. cigarette consumption. (Brandt, a science historian, delivered the symposium’s opening remarks. He is dean of Harvard’s Graduate School of Arts and Sciences and the Amalie Moses Kass Professor of the History of Medicine at Harvard Medical School.)

At the time of the 1964 report, 50 percent of all American adults smoked, said Brandt. Today that figure is closer to 20 percent.

He called the range of Cochran’s interests and contributions within statistics “astonishing.” During World War II, Cochran investigated the probability of hits in naval warfare and bombing raid strategies. He later employed statistical methods to assess the effects of radiation at Hiroshima and the efficacy of the Salk polio vaccine.

Famously, starting in 1950, Cochran and other statistics experts pored over the data for the Kinsey Report on sexual behavior in the human male. (Their conclusions, summarized in 1953 in the Journal of the American Statistical Association, were largely supportive — though they cautioned readers they had no opinion on “orgasm as a measure of sexual behavior.”)

The Kinsey work wasn’t all work. Cochran and statistics legend Frederick Mosteller liked to sing Gilbert and Sullivan tunes on their way back from lunch, and were once shushed by the famous Alfred C. Kinsey for being too loud. Mosteller, the first chair of Harvard’s Department of Statistics, died in 2006. But his posthumous memoir, “The Pleasures of Statistics,” will soon appear in print.

Cochran’s landmark contributions started in the 1930s at an agricultural experiment station in the English countryside. Eager for a job during the Great Depression and anxious to make a difference, he had given up Ph.D. studies in mathematics at Cambridge University to assess the effect of weather patterns on crop yields and other practical matters.

Investigations at the Rothamsted Experimental Station involved a world of sugar beets, barley, potatoes, eelworms, plowing depths, and soil amendments like chalk. To Cochran, it was a practical universe that inspired his early scholarship in statistics.

He published 18 papers in his five years there. The very first one established what is now known as “Cochran’s theorem,” which is just one of the reasons for his enduring fame. The theorem allows checking to see whether two statistical quantities are independent of each other — meaning that knowing one provides no information on the other. That simplifies the path to statistical inference by creating a “simpler condition” mathematically, said Meng.

When researchers study the contributing factors in a disease, for instance, a common question is often: Are genes a significant factor, or environment — or both? Cochran’s theorem helps to test if a particular factor is statistically significant.

There was a “Rothamsted influence” on Cochran’s work in experimental design, said University of Glasgow statistics professor Michael Titterington, who gave a presentation that included the right pronunciation for “Willy” Cochran’s childhood nickname: “Wully.”

Sequential and long-term field trials required complex methods for organization and tracking, which led to methods — like “lattice designs” — which later proved more broadly useful in statistics. Practical farming issues, which Cochran began studying in times of economic hardship, also reminded him that researchers have to guard against the risk of failure, said Titterington — that statistics experts have a responsibility not only to science but to the real world.

“He was intensely practical,” said Harvard’s John L. Loeb Professor of Statistics Donald Rubin of his former graduate adviser. During a colloquium presentation on observational studies, he recalled Cochran’s interruption during a conversation in the late 1960s: “Unless you give me an example of why it’s important, stop talking about it.”