Not having health insurance is expensive 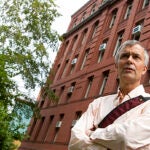 New findings from researchers at Harvard Medical School (HMS) demonstrate that individuals who
were either continuously or intermittently uninsured between the ages of 51 and
64 cost Medicare more than those who had continuous insurance coverage in the
years prior to Medicare eligibility.

On average, those who were previously uninsured cost Medicare an additional $1,000 annually per
person when compared with those who had been consistently covered. These
increased costs were due primarily to complications resulting from
cardiovascular disease and diabetes and from apparently delayed surgeries for
arthritis.

Had these
middle-aged adults been consistently covered, they would have likely cost
Medicare less.

The study,
published early online in the Annals of Internal Medicine, was funded by the
Commonwealth Fund, a private foundation supporting independent research on
health policy reform and a high performance health system.

In order to get a comprehensive picture of how coverage before age 65 — or a lack thereof — affects
Medicare spending after age 65, McWilliams and colleagues, including senior
author John Ayanian, professor of health care policy and medicine at Harvard
Medical School and Brigham and Women’s Hospital and professor of health policy
and management at the Harvard School of Public Health, looked at two sources of
linked national data.

First, the researchers analyzed information from the Health and Retirement Study, a
nationally representative longitudinal survey that collected health insurance
and other information from a large sample of adults. Starting in 1992, when
members of this sample group were between the ages of 51 and 61, survey
information was collected every two years until 2006, tracking each person’s
transition into Medicare. From these data the researchers identified two
separate groups, one group of 2,951 adults who had been continuously insured
before becoming eligible for Medicare at age 65, and another group of 1,616 adults
who were either intermittently or continuously uninsured before age 65.

Next, they
analyzed Medicare claims data for these same individuals from age 65 until age
74, using rigorous statistical methods to ensure that the two groups of adults
were evenly balanced for all recorded demographic and health characteristics
before age 65.

Not only did they
find that the previously uninsured individuals cost the Medicare system
substantially more than the previously insured (on average, $5,796 versus $4,773
per person annually), but they found that nearly two-thirds of this increase
was due to potentially preventable hospitalizations and delayed elective
procedures.

“The bulk of the higher spending was explained by chronic conditions we know how to treat, which
makes perfect clinical sense,” says McWilliams. “When uninsured adults do not
receive adequate care for hypertension, heart disease, and diabetes before age
65, they develop complications that require costlier care after age 65.”

For example, after age 65 previously uninsured adults with cardiovascular disease or
diabetes had a 48 percent higher risk of hospitalization for complications
related to these conditions, complications such as heart attacks, heart
failure, and strokes. Those who lacked insurance prior to Medicare and had
arthritis were also 86 percent more likely to be hospitalized for hip and knee
replacements, suggesting they delayed these surgeries that relieve pain and
enhance quality of life until they gained Medicare coverage.

“The debate over health reform has focused on its costs rather than its benefits. This important
study shows that closing the gaps in health insurance coverage for older adults
can have important benefits in controlling chronic conditions early
on—contributing to better health and lower cost once they reach age 65 and
qualify for Medicare,” said Commonwealth Fund President Karen Davis. “These
findings point to the urgent need to act on comprehensive health reform to
ensure secure and stable coverage for all Americans and [to] slow the rise in
health care costs for employers, families, and government.”

The researchers estimate that filling in the coverage gaps for adults who are uninsured between
ages 51 to 64 would cost $197 billion due to greater health care utilization.
However, this increase in health care for this same group would potentially
reduce subsequent Medicare spending by $98 billion. Thus, the overall net cost
would be $99 billion.

According to
Ayanian, “This study suggests that not only are there substantial health
benefits to expanding coverage, but that the economic cost may not be as steep
as previously thought.  These
potential economic benefits to the Medicare program are important to consider
when evaluating proposals to expand coverage before age 65.”