Lessons from the East 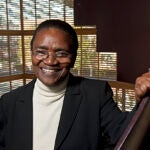 By Lessons from the East East Asian Studies

Computers, hybrid vehicles, robots, and anime images are all part of the technological culture of Japan that is instantly recognizable internationally. This hypermodern consumerist side of Japanese life is most famously celebrated in the Akihabara district of Tokyo, the city’s “Electric Town.”

But a more ancient, quiet side to Japanese technology also exists, and it is centered around books. Woodblock printing was carried out in Japan on a remarkable scale more than 1,300 years ago — twice as long ago as Gutenberg’s celebrated implementation of movable type. In Tokyo, not far from Electric Town, there is the more venerable (though perhaps less famous) “Book Town” of Jinbocho.

Most fortunately, I found myself in Book Town earlier this year, working at one of the district’s most illustrious antiquarian bookstores, the Isseido Booksellers. Thanks to an internship from Harvard’s Edwin O. Reischauer Institute of Japanese Studies, I had a summer of extraordinary experiences that will deeply enrich my future study of Japanese literature. For one, I learned a lot about the physicality of books, and how books as objects intersect with books as ideas. It’s something that is hard to grasp solely through class work.

One example: I am very interested in the author Izumi Kyoka (1873–1939), and was able to view some of his first-edition works at Isseido. I realized that his first editions were strikingly similar in composition to the publishing practices of centuries before, during the Edo period (1603–1868). In particular, Kyoka’s first editions always begin with a large, colorful woodblock print depicting a scene from the novel. Modern editions of Kyoka’s works do not feature a detail like this. I understood it fully only at Isseido, after handling Kyoka’s first editions alongside many authentic Edo period works.

At the bookstore, even the work only marginally related to my Harvard field of study was engaging and enlightening. Some of my tasks were identical to the work of full-time employees, from preparing shipments for the Harvard-Yenching Library, to helping deliver (the often rare) books purchased by various university libraries in Tokyo. I also did translation work, and fielded questions from customers as a regular member of the storefront staff.

The single most important and comforting thing that I learned this summer was that the culture of books and print is alive and well in Japan, as it has been for almost fifteen hundred years. Despite apparent economic and social countercurrents, customers still come into Isseido to buy books that sell for the equivalent of hundreds or thousands of dollars — and occasionally for much, much more.

Everything I learned this summer bears positively on my studies at Harvard. But as a student of Japanese literature, it is a special gift to know that in Japan — which the world so incompletely associates with Electric Town — a culture of books still flourishes.

The Gazette welcomes suggestions and submissions for the Student Voice column. If you’re an undergraduate or graduate student with a 500-word story to tell about life and learning at Harvard, send your suggestion to News Editor Jim Concannon.