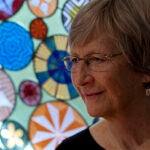 Harvard President Drew Faust announced today (Oct. 15) that the University will undertake a yearlong commitment to volunteer support of the Greater Boston Food Bank.  The announcement comes on the eve of World Hunger Day and as Harvard prepares to launch its Public Service Week (Oct. 19 -25).

Beginning with two sessions in November and continuing from January through the end of the academic year, Harvard teams drawn from among students, faculty, and staff will volunteer at the Greater Boston Food Bank on Friday mornings.

The relief agency distributes more than 30 million pounds of food and grocery products to nearly 600 member hunger-relief organizations throughout eastern Massachusetts. It reports that, since the recession hit last October, the need for food has swelled — by 10 to 50 percent — at the agencies they support.

“Food security is one of the world’s most pressing challenges,” said Faust.  “I am pleased that so many people at Harvard are participating in a sustained University-wide effort to combat hunger in our community.  This is an important dimension of Public Service Week, in which we are shining a spotlight on public service and one example of the University’s mission to serve the common good.”

Next to shelter, food is the most pivotal human need. Hunger not only undermines individuals, but also communities, neighborhoods, and nations, whether through dynamics of trade, food supply, and security, or levels of economic and social development.

“We are routinely hearing that people who used to donate to their local pantries are now using those pantries,” said Director of Volunteers Amy Cooper-Ayles of the Greater Boston Food Bank. “People are shocked that hunger is so directly affecting their communities.”

By volunteering, Cooper-Ayles said, people sorting groceries and canned goods experience a tangible connection to families in need.  “People are making decisions about food that is safe and healthy for families. It gives volunteers a direct connection to the need, and lets them be a part of the solution.”

For example, Harvard University Dining Services (HUDS), which serves 5 million meals annually, donates about 18,000 pounds of perishable food each year to the Food Bank, which in turn distributes it to local shelters.

“As a part of the Harvard community, we are mindful of the needs beyond our gates, and we are committed to doing our part to help our neighbors,” said Ted Mayer, executive director of HUDS.

Closer to home, HUDS supplies food to the Harvard Square Homeless Shelter, which is run by Harvard students.

The Homeless Shelter, a Harvard Phillips Brooks House-affiliate established in 1983, is the only entirely student-run shelter in the nation, according to Jonathan Warsh ’11, Harvard student and administrative director. The shelter requires 150 volunteers a week to provide support and services to 24 overnight guests and to serve up to 50 meals each night.  HUDS support is invaluable, said Warsh, but equally important is the support of volunteers.

“Everything would collapse without volunteers. They are the lifeblood of the organization,” he said.

Harvard plans other efforts against hunger this fall.  Harvard Extension School student Diane Hopson is leading a food and clothing drive at the school to support Cambridge food pantries and area shelters. Harvard Athletics, in collaboration with the Phillips Brooks House Association and the Harvard Alumni Association, will accept cans of food at its Oct. 24 football game against Princeton.

Harvard’s public service week will highlight service activities throughout the University that are ongoing through the year. From Oct. 19-25, more than 30 events will recognize Harvard people and organizations engaged in service. They also will promote the importance of service in work and life, and will offer practical help to students seeking pathways into government, community, and service careers.

According to “Beyond the Yard: Community Engagement at Harvard University,” a report on Harvard service that was released during the summer, about 7,000 Harvard students performed more than 900,000 hours of service work around metropolitan Boston in a year. In addition, more than 1,000 students from Harvard’s professional schools contributed more than 150,000 hours of service in that period.  Harvard students, faculty, and staff provide assistance in Boston and Cambridge through more than 300 Harvard-sponsored community programs.