What makes a successful society? 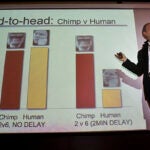 Social scientists find health care only one piece of the puzzle

As health care moves to the forefront of the national discourse, new research in the social sciences argues that the health of the population and the success or failure of many public health initiatives hinges as much on cultural and social factors as it does on doctors, facilities, or drugs.

Michele Lamont and Peter A. Hall of Harvard University are co-editors of a new collection of essays that analyze how the cultural frameworks and institutional practices that structure day-to-day life influence societal health. The work is titled “Successful Societies: How Institutions and Culture Affect Health” (Cambridge University Press, 2009).

Hall, Krupp Foundation Professor of European Studies, and Lamont, Robert I. Goldman Professor of European Studies, professor of sociology and of African-American studies, are both in Harvard’s Faculty of Arts and Sciences. They led an interdisciplinary group of social scientists — from fields such as epidemiology, psychology, and political science — who contributed to this volume posing the scholarly question: What makes a successful society?

Societal success has many potential definitions; the researchers focused their research agenda on issues of public health. Better health outcomes such as lower infant mortality or longer life expectancy can be perceived as universally desirable and benchmarks for assessing societal success.

While the book examines many themes relevant to contemporary debates about health care, it also moves beyond issues of economic resources to consider the social and cultural factors that affect health.

Previous research has demonstrated the effects of social networks on health. Building on work in social epidemiology about the adverse health effects of inequality, the book’s essays examine the factors feeding into the wear-and-tear of everyday life, as well as the social resources people can rely on to reduce the daily stressors that take a toll on their health.

“These questions of culture, collective faith that empowers people, and collective identity simply haven’t factored very much so far into the ways that epidemiologists think about questions of public health,” says Lamont. “The chapters of this book are meant to put these questions onto the table, to begin a conversation around them.”

In her chapter, Lamont examines how African Americans react to discrimination. She considers whether they internalize this message or develop their own empowering message, and in turn, how that sense of identity affects physical health.

In another chapter, Ann Swidler, a sociologist at the University of California, Berkeley, compares the response to the AIDS epidemic in Uganda and Botswana. While Botswana is typically perceived as the better-governed country, Uganda has been more successful in combating the disease. Swidler finds that networks of social solidarity in Uganda’s local communities support more effective programs than in Botswana.

Funded by the Canadian Institute for Advanced Research (CIFAR), the researchers in CIFAR’s Successful Societies Program intend to continue their inquiry through further statistical analyses of inequalities, by examining how individuals deal with negative stereotypes, and by investigating the conditions under which effective institutional practices can be transferred across nations and societies.

“This country is locked in an intense debate about whether it should expand access to health care, and whether it can afford to do so,” says Hall. “What we suggest is that access to health care is not ultimately the solution to better health. That solution has to lie in measures that improve the quality of social relations across the entire population. The health care debate is only the tip of an iceberg.”