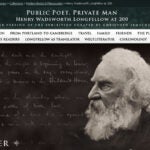 'The book invites readers to grapple with some of the big questions of civic life,' says its author

On the heels of his popular Harvard course “Justice,” the Anne T. and Robert M. Bass Professor of Government has authored a new book unpacking today’s most prevailing political and ethical quandaries.

In “Justice: What’s the Right Thing to Do?” (Farrar, Straus & Giroux, 2009), Sandel traverses income inequality, affirmative action, same-sex marriage, torture and terrorism, whether killing is ever morally required, and more. These are issues that make your head hurt, but that you inevitably have a stance on — right?

Sandel was a graduate student at Oxford when he “decided to give political philosophy another try.” As an undergraduate student he’d found it “too daunting,” but the second go-round was just right.

“I became hooked, and haven’t managed to escape since,” he says.

With his clear, engaging voice, Sandel has done the unthinkable: made philosophy accessible, even charming. Conjuring contemporary culture in his arguments, Sandel places Oprah, the Simpsons, Walmart, and Barack Obama side by side with figureheads Aristotle, John Rawls, and Immanuel Kant. He even links the soft drink Sprite’s slogan with a Kantian insight (Obey your thirst, anyone?).

“Part of the fun of the course is the lively exchange that takes place as students argue with one another, with the philosophers, and with me,” he says. “In the book, I’ve tried to create for the reader the same sense of exploration and suspense that unfolds in class by posing moral and political dilemmas that raise philosophical questions.”

“The book took me a year to write, from start to finish,” he says. “But in a way, this is a book I’ve been working on for the past 30 years.”