HBS study goes inside the boardroom 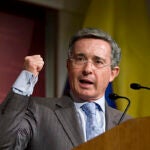 Examines the role of boards of directors in the recession

Several months ago, five Harvard Business School (HBS) faculty members arrived at a basic question regarding the current global financial crisis: “What about the role of boards of directors in the recession?”

With close ties to the boardrooms of many of the country’s leading companies, the professors, part of the School’s Corporate Governance Initiative, realized they were uniquely positioned to look behind corporate America’s closed doors for answers.

They did so through a series of anonymous interviews, compiled in the recently released study “Perspectives from the Boardroom — 2009.”

“We were not going to be scientific in the sense that we didn’t do a random study,” said Jay Lorsch, Louis E. Kirstein Professor of Human Relations and the paper’s lead author. “We were looking for people we knew who are on the boards of significant, large, complex companies — people we regard as very competent, serious directors, who we knew would be forthright.”

The report includes comments from board members of 45 companies representing a variety of business sectors. It offers an intimate look into the workings of various boards, as directors candidly revealed what they think makes a board successful, as well as a number of areas where they feel boards fall well short.

Many directors in the study puzzled over the amount of involvement they should have in the day-to-day management of a company.

“In today’s environment, where there is so much pressure on directors, I think there can be a tendency for directors to want to cross the line a little too much sometimes on the operating side, probing committees on every little subject that comes up,” one director noted.

But another director’s comments reflect the complex nature of the debate.

“At the moment, boards are reluctant to be intrusive into … day-to-day operations. And I think they are reluctant to be intrusive on the personnel management, beyond the top guy and maybe the heir apparent, if there’s a change coming. And so they isolate themselves from understanding where the risks are coming from and what those risks are. I don’t think they can do the job without becoming more involved.”

Another top concern for directors, the findings show, is the importance of, and often lack of, a thorough understanding of a company by its board. The problem, they acknowledged, was due in part to the increasing complexity of large companies.

“You really can’t understand everything that’s going on in the company, and the notion that you can is misguided,” one director said. “Unfortunately, I think people do expect directors to know a lot more than they sometimes do.”

But others stated that the current crisis could be partly attributed to a lack of understanding on behalf of certain boards.

“We had the Enron era; now we have the financial era, where we’re taking down the whole world with us, and it can’t be because all these people are stupid. It has more to do with the depth of understanding of what’s really going on.”

A third director went even further, questioning the top management’s financial skills: “The bank boards and the bank CEOs and leadership, obviously, with the exception of maybe one or two, did not understand the risks that they were managing.  Clearly, the bank boards were in over their heads, just like the CEOs were.  They didn’t understand the paper they were issuing and how the risk was being syndicated.”

The report’s interviewees said the clarity of the board’s role; the extent and nature of its involvement in the company’s strategy, management succession, risk oversight, and compliance; and the board’s acquiring of better information and a deeper knowledge of the company are all areas in need of improvement.

Surprisingly, the issues of executive compensation and the interaction between the boards and shareholders — topics frequently part of the public debate — were rarely raised by the respondents in the study.

Lorsch surmised that while most directors recognize there is a larger problem with skewed income distribution, they also feel their own companies compensate their CEOs in accordance with the results they produce.

In essence their attitude is, “We don’t think it’s a problem because we think we’ve got it under control,” said Lorsch.

In the past, boards of directors have traditionally had little contact with shareholders, in part because of legal restrictions mandated by the Securities and Exchange Commission, which require all shareholders receive the same information.

But in the case of both compensation and communication, according to Lorsch, the tide may be turning.

“I think we are in a very fluid period here where shareholders are getting a little bit more proactive in asking for [direct conversations with the boards] and some boards are saying, ‘Why shouldn’t we meet with the shareholders and at least listen to them?’”

In terms of executive compensation, Lorsch, who recently led a conference on the topic at HBS, said many executives realize it needs to be addressed.

“There is a shift going on in this country. Responsible executives are saying we’ve got to get this thing under control.”

Ultimately, Lorsch hopes the report can help boards better assess and execute their objectives, and enact effective oversight. In addition, he believes the findings can be used to educate politicians — those eager to put legislation in place regulating corporate activity — about the complex nature of boards and the importance of keeping them unregulated.

“The bottom line is that boards have to recognize that these 40 or 50 directors are pointing to some serious issues — that I suspect almost every board in America has to grapple with — and that you can’t legislate this. It’s up to each board to sit down and think about what they should be doing given the state of their company and its management.”