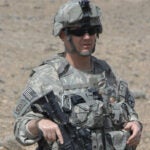 Working to lift the fog of war

The worst U.S. housing downturn in generations continues to grind on, finds a study released today (June 22) by the Joint Center for Housing Studies of Harvard University.

Despite some stabilization in home building and home sales in the spring, real home prices continued to fall and foreclosures continued to mount in most areas in the United States in the first quarter of the 2009. With mortgage interest rates heading higher in June and the economy still contracting, a sustained recovery for housing still faces an uphill climb.

“Although there are some signs of improvement, or at least steadiness, in new construction and sales,” says Nicolas P. Retsinas, director of the Joint Center, “housing starts stand near 60-plus-year lows and any life in home sales is coming from distressed foreclosure sales, temporary first-time buyer tax credits, and low interest rates that moved higher in recent weeks.”

Housing demand has withered under the weight of crushing job losses, house price deflation, and tighter credit standards, the report concludes. First-time homebuyers are struggling to meet today’s stricter underwriting guidelines, household growth is well below long-term trends, and immigration has slowed; as a result, the number of homes for sale and vacancies stand at near record levels despite sharp decreases in housing production.

“The best that can be said of the market is that house price corrections and steep cuts in housing production are creating the conditions that will lead to an eventual recovery,” remarks Eric S. Belsky, executive director of the Joint Center. “For now, markets remain under considerable stress.”

The housing downturn hit low-income minorities especially hard. With unemployment rates sharply higher among minorities, minority households are more likely than others to spend more than half of their incomes on housing. Also, higher shares of minorities live in neighborhoods with elevated foreclosure rates and where house prices fell the most.

Meanwhile, the number and share of households spending more than half their incomes on housing continues to remain at elevated levels. Before the economy began to shed jobs in 2008 and 2009, the number of households with such severe cost burdens, in 2007, stood at 18 million, up from 14 million, in 2001. Although renters are more cost burdened than homeowners, the most rapid growth in households with housing burdens, during the decade, occurred among owners.

Even though present housing challenges are legion — including still-soaring foreclosures, millions of homeowners stuck in homes worth less than the amount they owe on their mortgage, and falling rental property values — the “State of the Nation’s Housing” report concludes that the demographic moorings of future demand remain strong.

The largest generation in American history will be reaching young adulthood in record numbers over the next decade. As a result, even under a set of household projections that assume annual immigration falls some 40 percent below the average of the first half of this decade to just half of U.S. Census Bureau immigration projections, household growth from 2010 to 2020 should still rival the solid performance in the 1995-2005 period. Even if immigration slows considerably, minorities will still account for about three-quarters of household growth.

“With the echo baby boom driving demand for starter homes and apartments, and the baby boom powering demand for homes suited to older Americans,” explains Mohsen Mostafavi, dean of the Harvard University Graduate School of Design, “the design professions will be called upon to deploy new technologies and designs to meet the aesthetic tastes and functional needs of a new, more diverse, younger generation on the one hand, and a generation in need of home modifications to help them age more safely and healthfully in place on the other.”

Bringing the efficiency of the existing housing stock up to that of homes built since 2000 could save as much as 20 percent of residential energy consumption, and more compact urban development could cut vehicle miles traveled substantially. Getting there will be a challenge, cautions the report, because local regulations often discourage compact and mixed-use developments. Further incentives may be necessary to get property owners to invest in meaningful energy upgrades.

The Joint Center for Housing Studies is one of the nation’s leading centers for information and research on housing markets and trends in the United States. Marking its 50th anniversary in 2009, the Joint Center is a collaborative unit affiliated with the Harvard Graduate School of Design and the Harvard Kennedy School.