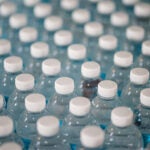 New research from the Dana-Farber Cancer Institute highlights age-related responses to colon cancer treatment and patient attitudes toward cost of drugs to manage side effects.

Research presented at the American Society of Clinical Oncology‘s annual meeting in Orlando, Fla., Friday (May 29) shows that the vast majority of advanced colon cancer patients in a clinical trial were not concerned about the cost of prescription drugs for managing the infection, pain, and nausea that are among chemotherapy’s side effects. Further, the work showed that few adopted strategies to reduce drug costs after joining the clinical trial. Although few patients reported substantial worry about drug costs, still fewer reported discussing drug cost issues with their physicians, suggesting there are opportunities for improving how physicians integrate discussions about drug costs into clinical practice.

Work to be presented at the conference Saturday (May 30) shows that the combination of chemotherapies 5FU and oxaliplatin compared to 5FU alone after surgery for colon cancer decreases colon cancer recurrence and promotes longer survival for patients under 70 — but not for those who are older. The work was conducted by Mayo Clinic and Dana-Farber Cancer Institute scientists.

The benefit of post-surgical treatment for both young and older colon cancer patients with 5FU was documented in a 2001 New England Journal of Medicine study by Dan Sargent of the Mayo Clinic, a collaborator on the current study, and colleagues. By 2003, however, oxaliplatin was approved for use in combination with 5FU because the combination boosted the impact of 5FU on extending disease-free survival after colon cancer surgery. While the combined treatment carried additional risk of side effects, physicians prescribed the treatment strategy to patients of all ages.

The current study analyzed combined data collected within an expanded database by the Adjuvant Colon Cancer End Points (ACCENT) Group, a consortium of scientists. The ACCENT database includes data from more than 33,500 patients from the United States, Canada, Australia, and Europe.

It shows that adding oxaliplatin to chemotherapy treatment with 5FU reduces the risk of recurrence among patients under 70 years of age who have had their primary cancer removed, a finding that was expected based on the results of previous individual trials. Patients under 70 who were treated with 5FU and oxaliplatin had improved disease-free survival, with the addition of oxaliplatin relatively reducing the risk of recurrence or death by approximately 15 percent. Those patients aged 70 and older who were treated with the combined drug therapy, however, did not have improved outcomes compared to patients who received 5FU alone.

“By combining information about many patients from a collection of studies, our analysis determined that the more aggressive combination chemotherapy does not benefit older colon cancer patients as it does for those who are younger,” said Nadine Jackson McCleary, Dana-Farber gastrointestinal oncologist and the lead author on the study. Jackson-McCleary is the recipient of a 2008-2009 ASCO Young Investigator’s Award.

Approximately half of all colon cancer patients are older than 70. While about half of the colon cancer patients over 70 will live for five years, those with recurrence typically develop additional tumors within three years. The disease is diagnosed in a million people worldwide every year. In the United States, colorectal cancer accounts for 10 percent of new cancer cases, as well as 10 percent of cancer-related deaths every year.

“At this point we can only speculate as to why older patients do not benefit from combined chemotherapies,” said Jeffrey Meyerhardt, a researcher at Dana-Farber, assistant professor at Harvard Medical School, and co-investigator on the trial. “We do know that a higher number of older patients have to stop the drug before completing the full six month prescribed course of treatment.”

The research into patient attitudes about the cost of drugs to manage chemotherapy side effects surveyed 409 patients with metastatic colorectal cancer who were enrolled in a Cancer Leukemia Group B (CALGB) Phase III clinical trial. The trial compared outcomes of patients who received combination chemotherapy in conjunction with bevacizumab and cetuximab together or with cetuximab alone. The participants also received prescriptions for “supportive” drugs, such as anti-nausea medications, antibiotics, and painkillers.

Researchers explored whether financial concerns prompted the patients to take money-saving steps that could negatively impact their care. They found that 10 percent of the patients were very worried about paying for their supportive medications, less than 15 percent adopted a money-saving strategy — such as not filling a prescription, taking less than the recommended dose — and 12 percent of the patients reported speaking with their physicians about drug costs.

“We were reassured to learn that few patients enrolled in the clinical trial engaged in coping strategies to minimize the impact of prescription drug costs, but we also recognize that these findings may not generalize to patients treated outside the clinical trial context,” said the study’s lead author, Deborah Schrag of Dana-Farber, an associate professor of medicine at Harvard Medical School. “The cost of cancer care today does force patients to make some hard financial decisions. As oncologists, we need to be mindful that this issue may be a concern for some patients and that communication about this topic both may help alleviate anxiety and identify strategies to minimize the cost burden.”

Schrag added that given the current state of the economy, with a growing number of people losing their jobs and possibly some or all of their insurance coverage, “we could witness growing anxiety among cancer patients about their ability to pay for medications that may help them adhere to their therapy.”