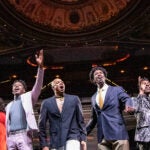 Top leaders of a global consulting firm longed to add more women to its partner ranks, if women would just put in the hours necessary to compete. But mothers would always prioritize their children’s needs over those of clients, they reasoned. There was probably nothing they could do to change that.

Even so, the executives brought the issue to Harvard Business School Professor Robin J. Ely. Eighteen months and more than 100 employee interviews later, Ely’s research team reached a conclusion that challenged steadfast beliefs about the forces underpinning gender inequality, held not only by this firm but by most companies today.

Yes, women were struggling to be fully present at home and work, but so were men. An always-on culture and gender-role expectations were to blame, not motherhood. And men were mourning the loss of their family time to client demands as much as women.

“The firm’s long-work-hours culture was detrimental to both women and men, but women paid a higher price,” says the article, Explaining the Persistence of Gender Inequality: The Work-family Narrative as a Social Defense against the 24/7 Work Culture , published in Administrative Science Quarterly.