With conflict in Ukraine, threat of nuclear war is back ‘front and center’ 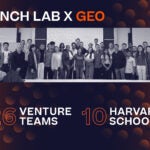 Over the past two decades, there’s been a steady proliferation of nuclear weapons around the world. In recent weeks, the threat posed by these weapons has loomed larger, with Russian president Vladimir Putin threatening to use them in his nation’s war against Ukraine.

David Hunter thinks the way to minimize the threat is by increasing people’s awareness of the dangers of nuclear weapons —and possibly taking to the streets in protest.

Hunter — Richard Doll Professor of Epidemiology and Medicine at the University of Oxford, Vincent L. Gregory Professor of Cancer Prevention, Emeritus, at Harvard T.H. Chan School of Public Health, and former academic dean and acting dean of the faculty of Harvard Chan School — spoke about the history of the development and use of nuclear weapons, and the devastation they would cause if used today, in an Oct. 12 virtual seminar titled “The Final Pandemic,” sponsored by the Department of Epidemiology.

During his time at Harvard Chan School, Hunter recalled that occasionally someone at an event would ask him which public health threats could pose an existential threat to humanity — “what could essentially wipe us out, or at minimum change life as we know it. I boiled it down to four horsemen — the asteroid, climate change, the pandemic, and nuclear war.” For the first three threats, humanity would at least have some warning of what’s coming, he noted. “But the only thing that could kill us all in a matter of minutes or hours or a few days was nuclear war,” he said.

Hunter offered a brief history about nuclear weapons, including details about their development through the Manhattan Project, the bombings of Hiroshima and Nagasaki, failed attempts at decommissioning most of the weapons, and a few near-misses when nukes were almost launched or accidentally exploded.

Nuclear weapons agreements between President Ronald Reagan and Soviet leader Mikhail Gorbachev in the late 1980s and early 1990s — spurred by many anti-nuclear marches and protests —brought the number of nukes down. “The good news is, there are a lot less weapons than there used to be,” Hunter said. “The bad news is, there are still plenty of weapons to destroy the world several times over.”

Since the end of the Cold War, the threat posed by nuclear weapons receded as an issue of top concern. Yet nuclear stockpiles have increased around the globe, while international relationships that could limit their proliferation have soured. “This threat is now again back front and center, alive and well,” said Hunter.

“Everybody’s got a stake in this,” Hunter said. “We somehow have to shame countries into doing better. Maybe by increasing consciousness and maybe getting back to marching in the streets, we can put pressure on the politicians to do the right thing.”

He added, “We also have to hope that humans have enough humanity that if somebody crazy wants to do something crazy, they won’t follow those orders.”