Why black women face a high risk of pregnancy complications 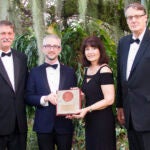 Black women are three to four times more likely to die from pregnancy-related complications than white women, according to the Centers for Disease Control and Prevention—and a big reason for the disparity may be racism, say experts.

“It’s basically a public health and human rights emergency because it’s been estimated that a significant portion of these deaths could be prevented,” said Ana Langer of the Harvard T.H. Chan School of Public Health in a Feb. 20, 2019 American Heart Association article.

Lack of access to care and poor quality of care play a role in the disparity, particularly among women at lower socioeconomic levels, according to the article. But Langer, professor of the practice of public and director of the Women and Health Initiative, thinks there’s a bigger problem. “Basically, black women are undervalued,” she said. “They are not monitored as carefully as white women are. When they do present with symptoms, they are often dismissed.”

Langer said that publicizing cases such as Williams’ could help. “It’s important to illustrate what’s happening and make the public aware because it can encourage the health establishment to take on this crisis much more seriously,” she said.