What will it take to turn a profit in space? 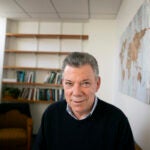 As entrepreneurial rocket companies come closer to shooting the first space tourist into the void, perhaps even this year, another reality is dawning: It’s tough to launch.

Up until now, companies competing in the commercial space race have been blessed somewhat by the glamour of it all. Investors enthusiastically, maybe too much so, backed a host of startups including those headed by superstar names like Sir Richard Branson, Jeff Bezos, and Elon Musk. Rich adventurers are lining up with wallets out to be among the first star men and women. Better yet, companies such as SpaceX and Orbital ATK (now a division of Northrup Grumman) have actually proven their launch vehicles by delivering satellites or payloads to extraterrestrial destinations.

But the business reality is that we don’t really know if commercial space flight will ultimately be a money maker, how many competitors will fit in the market, or what demand will be for consumers taking off on space vacations after the initial enthusiasm wears off.

“In some ways, that’s the really interesting thing” about where human commercial space flights lead us, says Matthew Weinzierl, the Joseph and Jacqueline Elbling Professor of Business Administration at Harvard Business School.

Can entrepreneurs make a buck in space? We are about to find out.