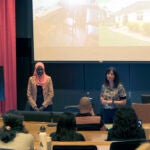 Aging has become a significant societal problem. While people are, on average, living longer, there has not been a concomitant increase in health span. In simple terms, this means that longer life is currently associated with a higher incidence of aging-exacerbated disorders. Among the most untreatable and chronic of these are diseases of the central nervous system, including Parkinson’s and Alzheimer’s diseases, but also including what is referred to as “normal” cognitive decline. Together, these three conditions affect more than 10 million individuals in the U.S. alone.

Despite this seemingly dire situation, over the past few years there has been unexpected progress in understanding the biology of aging. Recent research has shown that the aging brain is one of the most responsive tissues and is affected by variety of manipulations, ranging from exercise to changes in the microbiome to fluctuations in the levels of factors produced by peripheral tissues and deposited into the bloodstream. Several labs including three (Richard Lee, Lee Rubin, and Amy Wagers) in Harvard University’s Department of Stem Cell and Regenerative Biology (HSCRB), were among the first to establish blood factors’ ability to influence aging. Combined, this research supports the idea that it may be possible — even within the next few years — to formulate novel strategies for reducing the devastating consequences of brain aging and its connection to prevalent neurodegenerative diseases.

Building on the exciting momentum from these recent discoveries, a new project funded by the Vranos Family Foundation will combine the most advanced experimental methods with a dedicated computational effort to challenge the concept that the functional decline associated with aging is irreversible. The five-year grant will provide support for investigators across the Faculty of Arts and Sciences and Harvard Medical School, including Paola Arlotta and Lee Rubin (HSCRB), Randy Buckner (Department of Psychology and Center for Brain Science at FAS), and Zak Kohane and Chirag Patel (Department of Bioinformatics at HMS).

“This project is intended to foster a collaboration among a group of investigators at Harvard with complementary skills and approaches to address the impact of brain aging,” said Lee Rubin, the director of the program. “We expect that this work will produce not only excellent science but clear, actionable, therapeutic approaches that can advance to the clinic.”

“While our work is meant to be translationally oriented and to enable the identification of therapeutic candidates, it will be driven by our strengths in basic research,” added Rubin. “In addition, while we will conduct studies in model organisms, such as mice, we intend to utilize human data as much as possible since we are attempting to understand and treat disorders that are fundamentally those found in humans. Our ultimate goal is to combine this research with the work of other Harvard colleagues who investigate health economics, health policy, and societal disparities in aging with a view towards having a strong positive impact on our aging society.”

Rubin and others are working to continue fundraising to increase the breadth of the program and involve additional investigators.