Villa I Tatti to host conference, ‘Sacrifice and Conversion’ 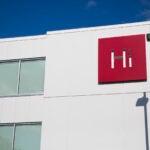 From Tupinambá anthropophagi to ‘bloodthirsty Aztecs’ or ‘child-killing Incas,’ American (human) sacrifices flooded the European imagination in the 16th century. In Europe, these images interacted with a heated debate about salvation, the Eucharist, and the role of sacrifice within Christianity. Far from being restricted to universities, monasteries, or courts, this debate penetrated European societies at every level and informed the violent struggles of the 16th and 17th centuries.

“Sacrifice and Conversion,” a two-day conference at Villa I Tatti, The Harvard University Center for Italian Renaissance Studies, will address the various ways in which images and discourses on American sacrificial practices impacted the religious debates taking place in Europe in the 16th century and, conversely, how these debates affected the perception and interpretation of American sacrifice. At the same time, it will examine the extent to which European conceptions of these sacrificial practices influenced projects and processes of Christian conversion.

“Sacrifice and Conversion” will take place April 19–20 in Gould Hall at Villa I Tatti. Click here to view the program.