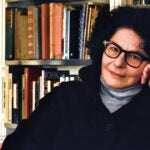 Reflecting on 27 years of resumed diplomatic relations, Vietnamese Prime Minister Phạm Minh Chính visited Harvard Kennedy School on May 14 for a discussion on the U.S.-Vietnam relationship and the country’s evolving economic outlook.

Chính, who was invited to campus by the Vietnam Program at the Kennedy School’s Ash Center for Democratic Governance and Innovation, emphasized Hanoi’s continued efforts to attract foreign investment and deepen its international trade ties and foreign partnerships.

“After the 27 years of normalization, the relationship between the two sides has grown leaps and bounds in politics, economic investment, trade, society — especially economic trade and investment ties,” said Chính of the increasingly closer ties between Washington and Hanoi.

The prime minister, who was visiting Cambridge with a bevy of government ministers focused on trade, economic development, and international cooperation, was quick to note that the United States is Vietnam’s largest export destination. “Such a comprehensive relationship serves the interests of both countries, both nations, and serves the interest and aspiration of the two peoples, for peace, cooperation, and prosperity in the region and the world,” he said.

Throughout his remarks, Chính stressed the importance of Vietnam’s role in supporting the multilateral order by noting its strong commitment to working with global partners to address issues ranging from climate change to pandemic relief. “Vietnam is actively engaged in international integration,” Chính said. “Vietnam wishes to be a good friend, partner, and responsible member of the international community, to address global issues and address issues of interest to all sides.”

Though a major global exporter in its own right, Vietnam is still dependent on a supply chain that runs through China, which continues to tie the country’s economy closely to Beijing. And Chính’s speech seemed to reference the specter of China’s increasing willingness to use its growing economic clout as a blunt political instrument. “Economic independence should be linked to independence, political and international integration,” he said. “No one can say that they are economically independent without political independence.”

“Vietnam also needs to innovate and diversify its supply chain to meet domestic international needs against a very turbulent backdrop,” Chính said. “These are the reasons for Vietnam’s need for international integration in conjunction with an independent economy.”

David Dapice, a senior economist with the Vietnam Program, laid out the challenges of this continued dependence on China in a panel discussion following the prime minister’s speech. “A lot of the inputs for your exports come from China, for example,” he told the audience. “If there are COVID lockdowns or trade tensions increase between the United States and China, that might cause interruptions to the exports.” Dapice suggested that Vietnam’s economic future hinged on its ability to develop a robust renewable energy infrastructure, which would give the country a major competitive advantage in the race to decarbonize the global economy.